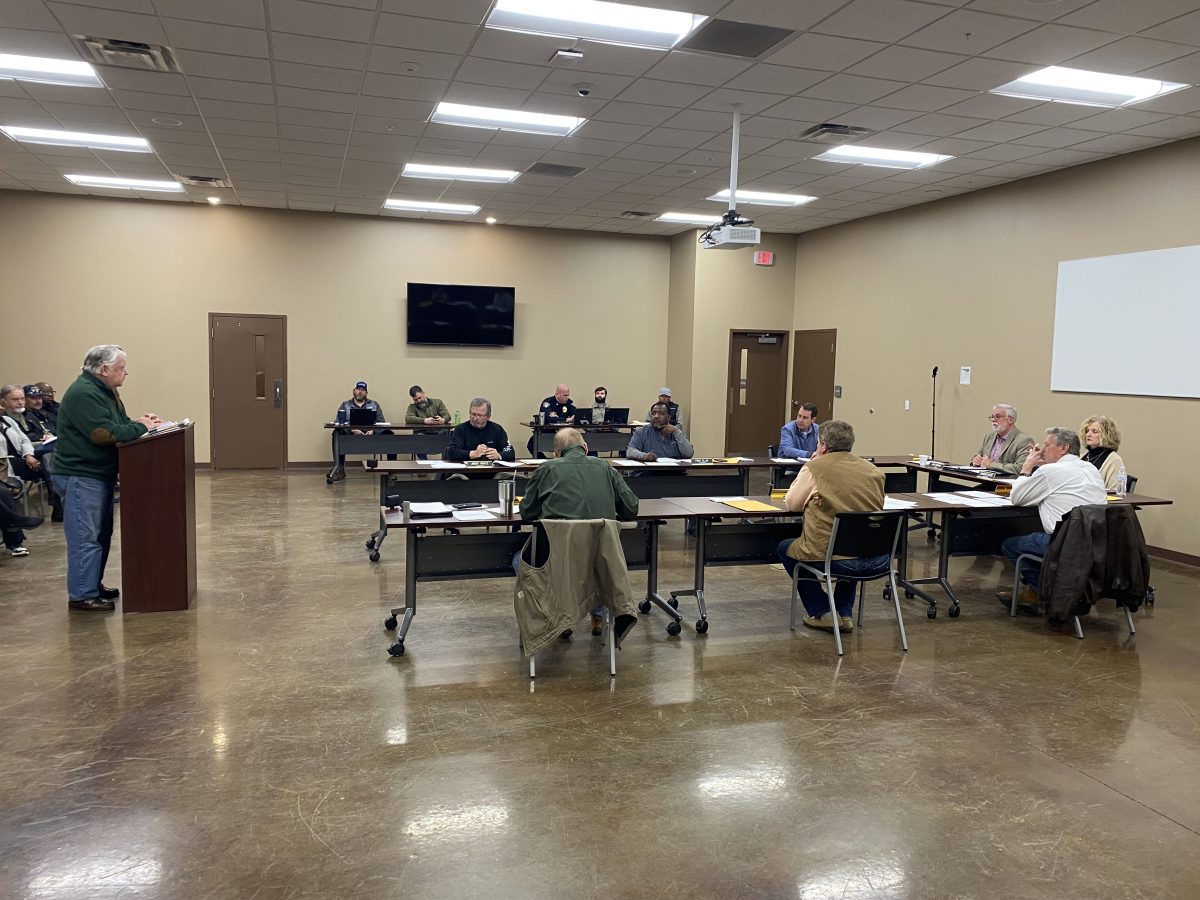 Cecil McNatt addresses the Lexington City Board concerning lots he and his family own in the Beasely Subdivision.
Photo by Steve Corlew / Lexington Progress

The meeting included about a 15-minute break for an executive session so the board could meet with city attorney Ken Walker on a request from Cecil McNatt, concerning a proposed development in the Beasley Subdivision.

The board has been hearing from McNatt over the past few months, concerning his wish to develop five lots in Beasley Subdivision. In 2014, five building lots were purchased on Countryside Drive, but building permits have been denied by the city because the lots were undeveloped. In a letter from Marla Sellers, Cecil McNatt’s daughter, to the board on January 18th, Sellers threatened legal action if city did not either force the subdivision developers to complete the development or remove the five lots from the subdivision so they can be developed without existing covenants.

After the executive session, Mayor Jeff Griggs said the board was not prepared to…