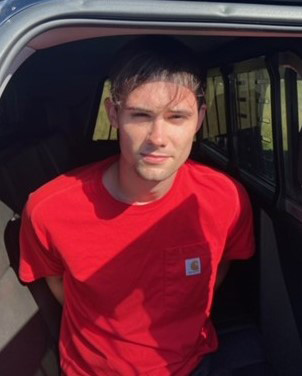 Gabriel Seth Box was indicted on October 4, 2022, on one count of First Degree Murder, one count of Theft of Property (Firearm), and two counts of Tampering with or Fabricating Evidence.
Photo Submitted / The Lexington Progress

The Henderson County Grand Jury has indicted a New Johnsonville man in connection with a 2021 homicide.

Gabriel Seth Box, 21, is being held without bond awaiting extradition to Tennessee after he was arrested in Gulf Shores, Alabama by agents with the U.S. Marshals Service Two Rivers Violent Task Force and the Gulf Coast Regional Fugitive Task Force, on October 5, 2022.

The Henderson County Grand Jury indicted Box in connection with the death of 19-year-old Felicity Nicole Inman of Decatur County. A joint investigation by the Tennessee Bureau of Investigation, Henderson and Decatur County Sheriff Departments led to the indictments.

The investigation began when officers found Inman’s body at an address on Highway 412 in Decatur County. The homicide is believed to have occurred in Henderson County, according to authorities.