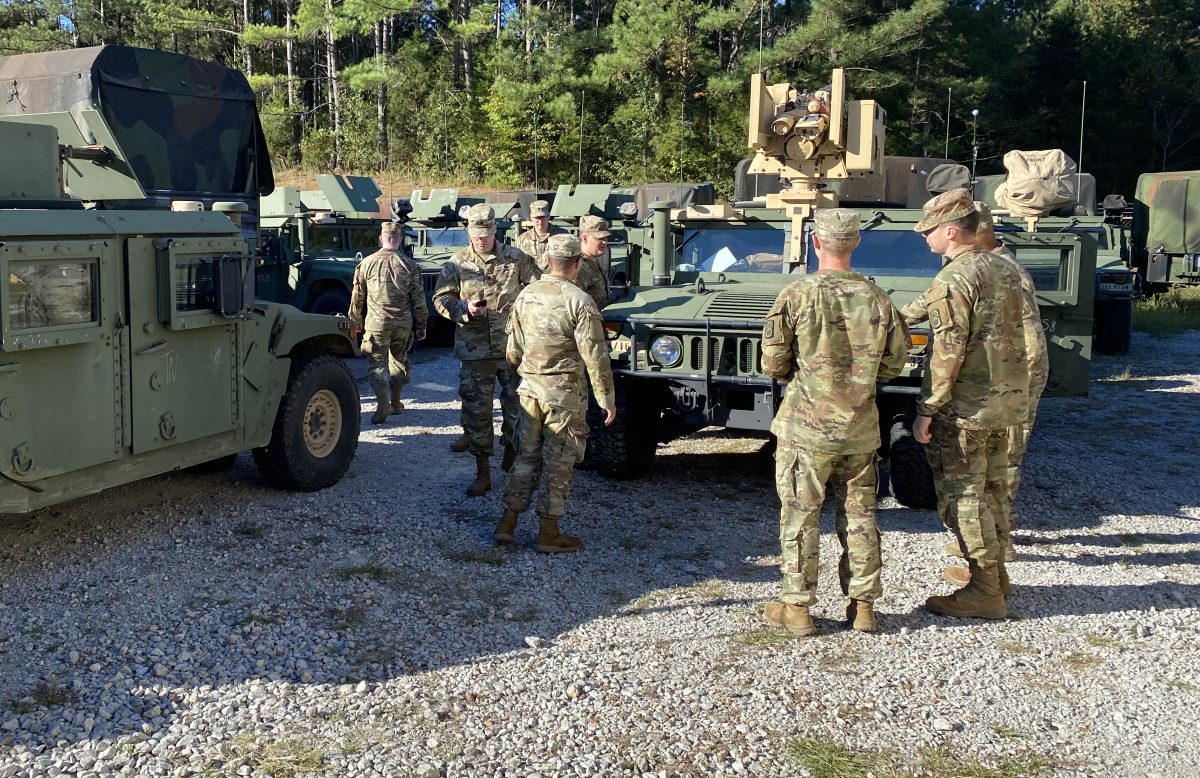 Members of the 251st Military Police Company based in Lexington prepare to depart to Florida, September 29, 2022.
Photo by: Steve Corlew / The Lexington Progress

The Tennessee National Guard sent roughly 1,200 soldiers and airmen from Tennessee, including 73 from the Henderson County area to Florida in support of recovery efforts after Hurricane Ian made landfall.

The 251st Military Police Company based in Lexington headed south to aid in the efforts on Thursday, September 29, 2022.

Commander, Captain Teena Caswell, said she did not know precisely where the troops were headed, but it would be central Florida.

Local troops were packing up and were headed out by 10:00 a.m., Thursday.

Ian made landfall on September 27 as a strong category four storm, and it spawned several tornados in southern Florida. After cutting across Florida, the storm came back to shore September 30, in South Carolina.

Lexington guardsmen are part of Task Force Tennessee, commanded by the 194th Engineer Brigade in Jackson. They are assisting the Florida National Guard’s emergency response efforts.