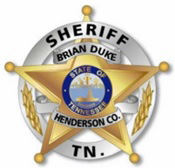 A motion has been filed by the attorney of Henderson County Mayor Brian Duke to strike the recent motion to dismiss his lawsuit.
File Photo / The Lexington Progress

The attorney for Henderson County Sheriff Brian Duke has filed a motion to strike the recent motion to dismiss his lawsuit seeking more funds for his department.

Sheriff Duke is also asking that he be allowed to work with Mayor Robbie McCready to resolve the issue.

The Sheriff’s motion was filed September 1st and now names County Mayor McCready as defendant. McCready automatically became the respondent in the lawsuit when he took office. The original lawsuit had named former mayor, Eddie Bray as defendant. That lawsuit was filed July 25, 2022.

The motion to dismiss was filed in Henderson County Circuit Court on August 30, 2022. Duke’s motion seeks to protect taxpayers from unnecessary costs under a newly adopted state law.

According to Duke’s motion, he and County Mayor Robbie McCready came to an agreement to…