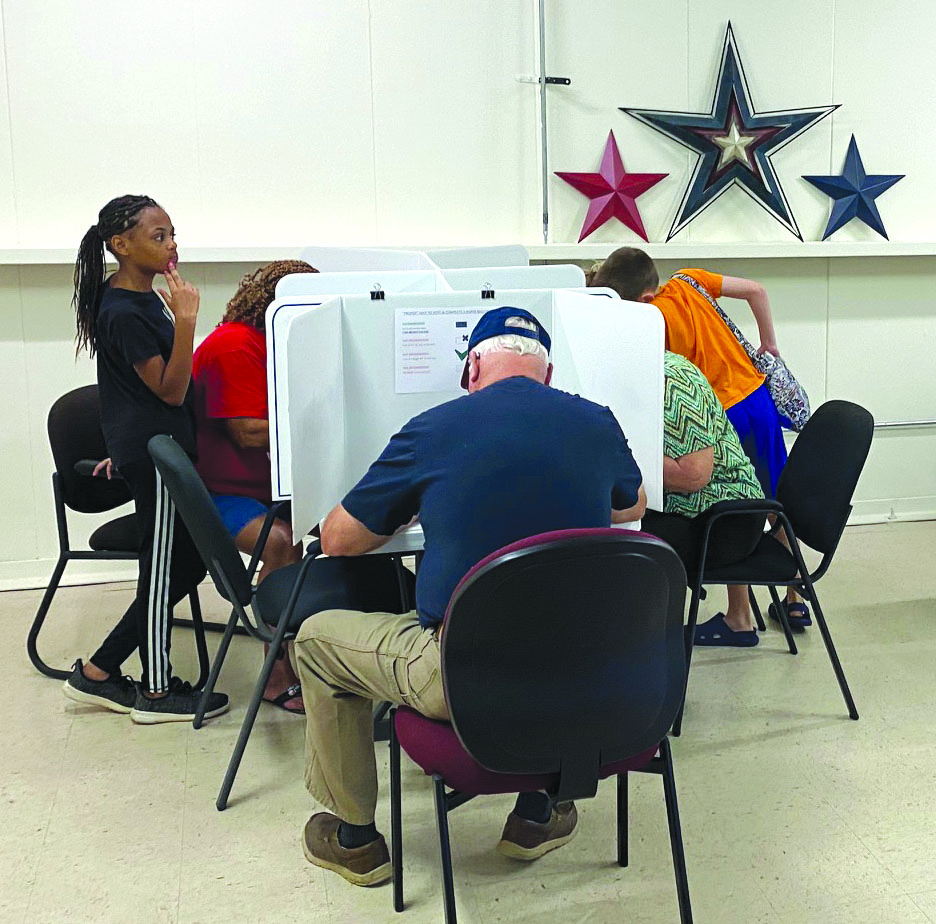 Voter turnout has been “steady” for early voting in the August 4th election according to Election Administrator Robin Powers.
Photo by: Steve Corlew / The Lexington Progress

Saturday at noon is the deadline for early voting in the August 4, 2022, election. The deadline for requesting an absentee ballot is Thursday, July 28, 2022.

According to Election Administrator Robin Powers, this year’s turnout is running about the same as 2018. Powers called the turnout “steady.”

Voters will be able to cast their ballots in the Henderson County and the state Judicial General Elections. The state and federal primaries are also held on August 4th.

For complete coverage, see the July 27th edition of The Lexington Progress.