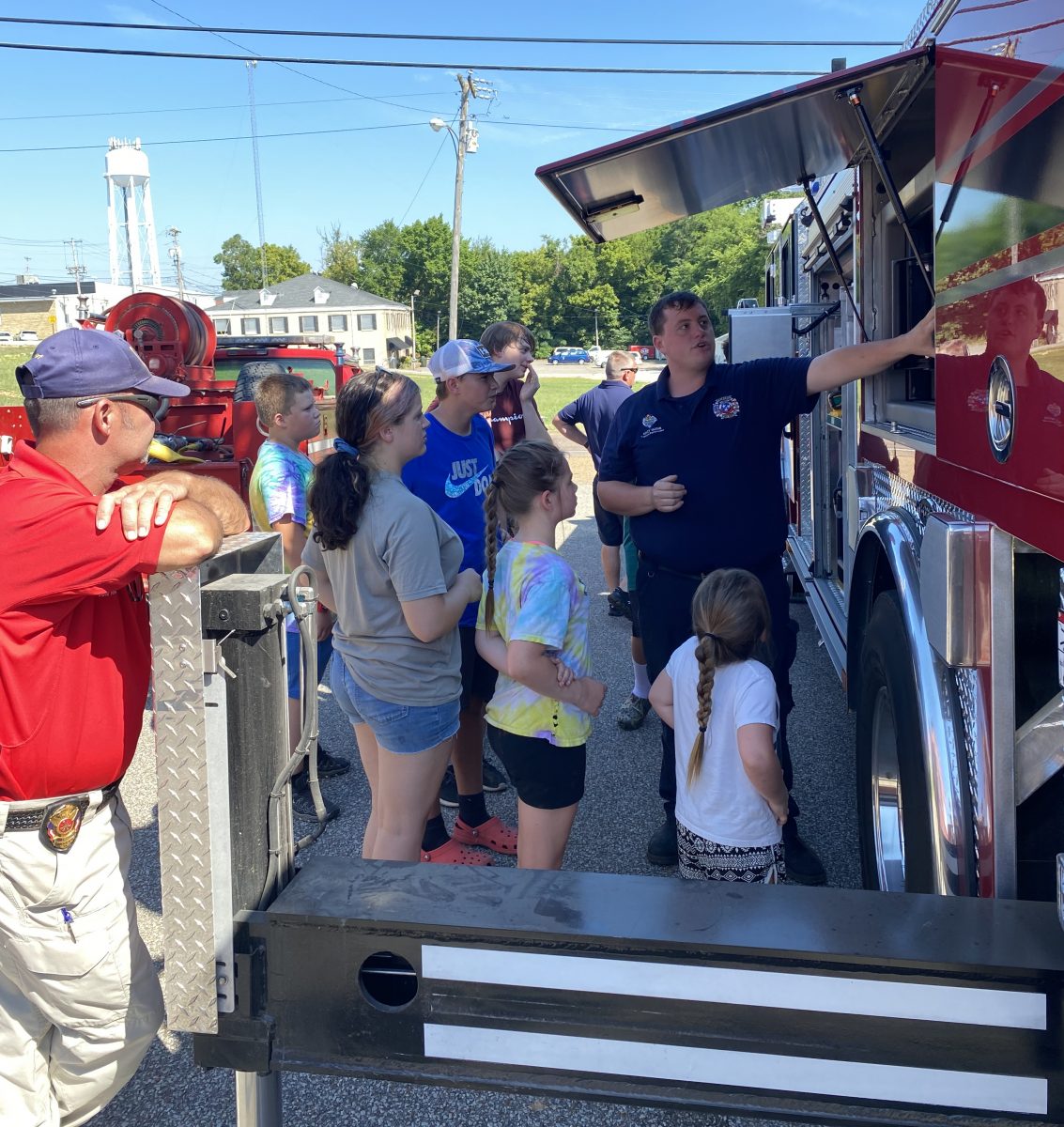 A Lexington Fireman explains some of the controls on the fire department aerial truck.
Photo by: Steve Corlew / The Lexington Progress

A small, but eager group spent the week learning about fire safety and how to safely extinguish fires.

“It was a success,” Henderson County Fire Chief Lynn Murphy said. “They learned a lot and had a fun time doing it.”

The department plans to hold the event again next year. The class was given some hand-on demonstrations by experienced firefighters. Among the activities the class learned was how to extinguish a fire with a fire extinguisher.

For this and other interesting articles, see the July 20th edition of The Lexington Progress.