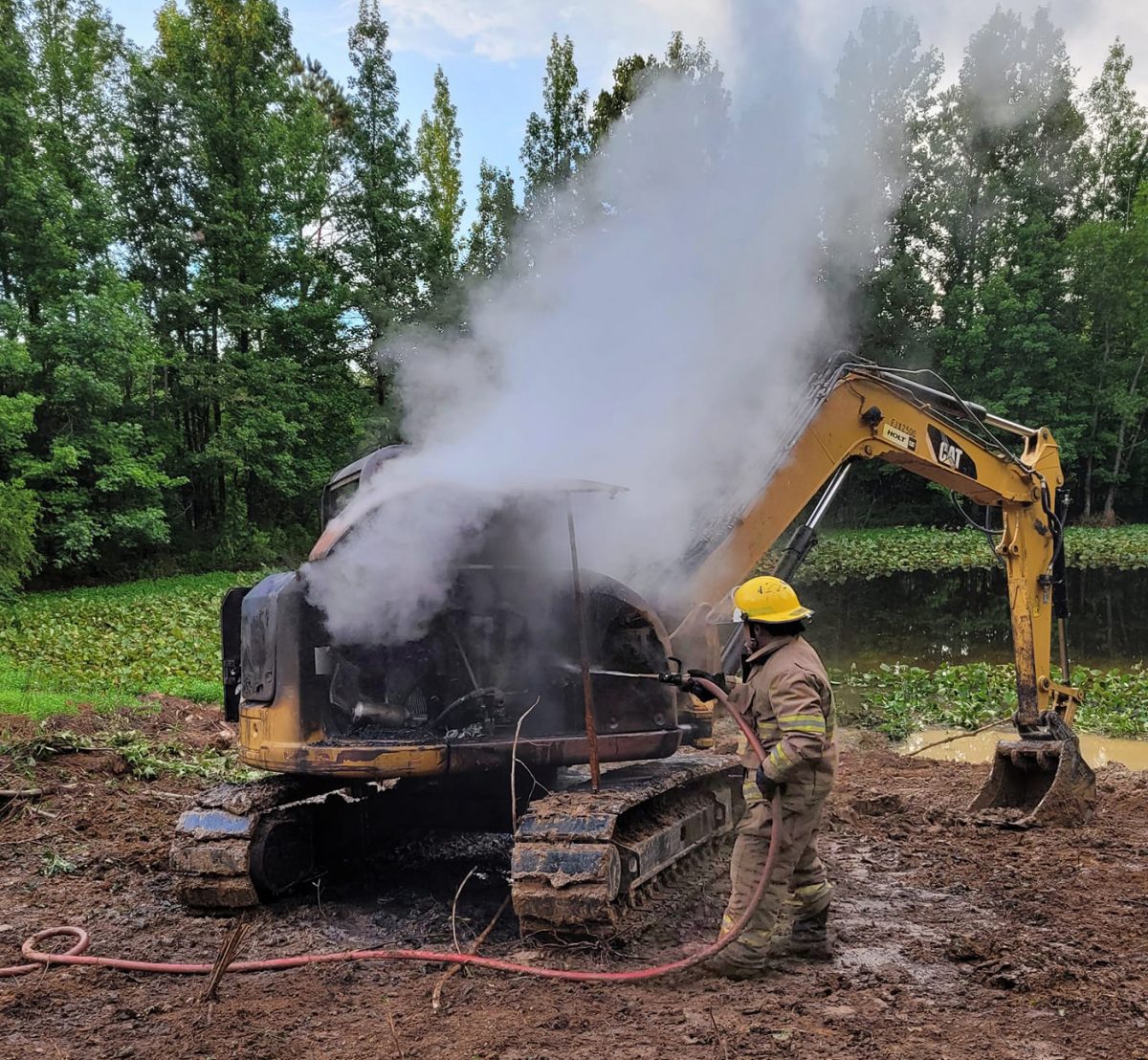 According to Henderson County Fire Chief Lynn Murphy, a backhoe was heavily damaged by the blaze. The fire was caused by an electrical fire in the engine compartment, according to Chief Murphy.

The backhoe was working in a field near the 1300 block of the Middleburg-Decaturville Road.

For this and other interesting articles, see the July 13th edition of The Lexington Progress.