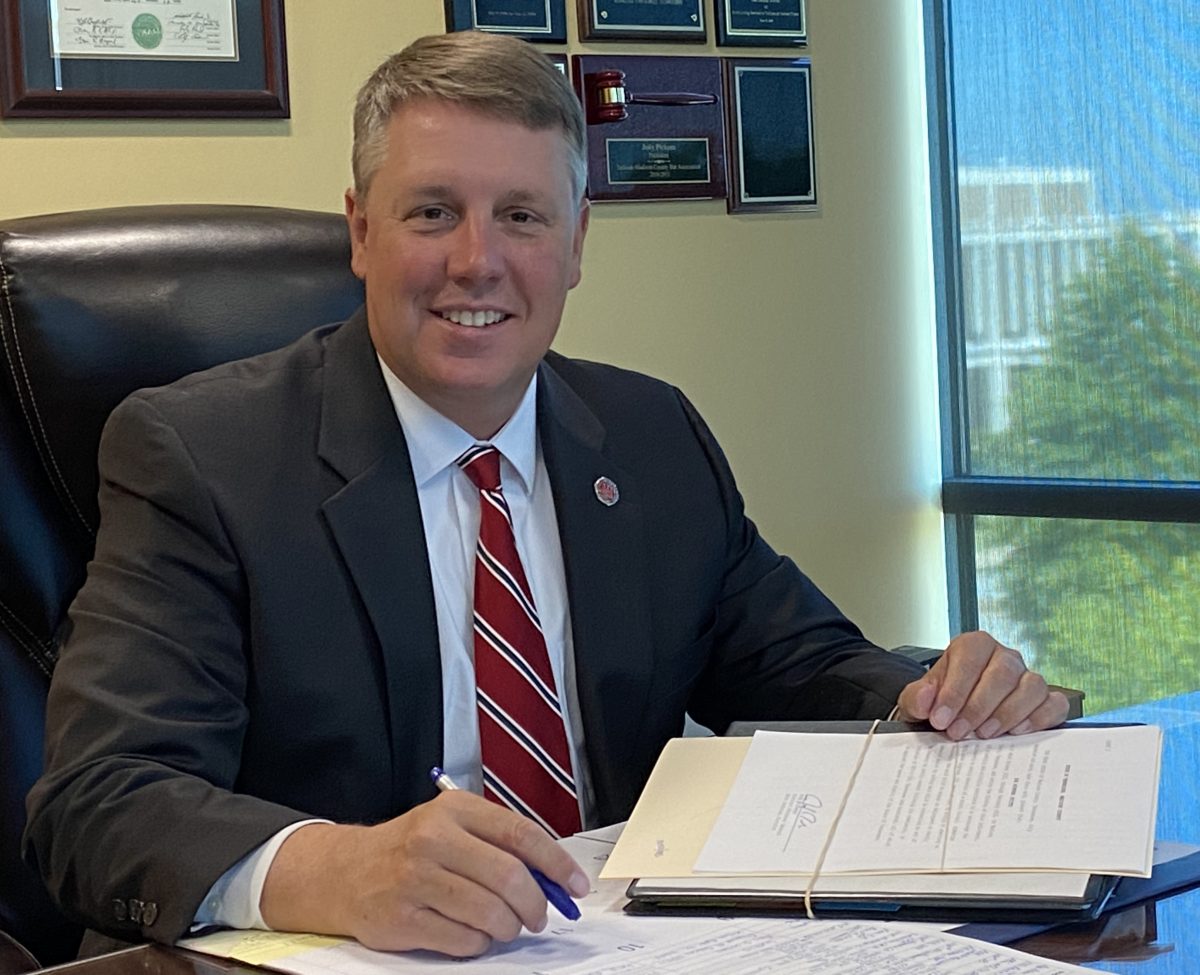 The process of reactivating the 26th District Drug Task Force was a topic of discussion in an interview with District Attorney General Jody S. Pickens last week.
Photo Submitted / The Lexington Progress

District Attorney General Jody S. Pickens has started the process of reactivating the 26th District Drug Task Force as part of his battle against crime.

“The biggest problem is drugs,” Pickens said during an interview with The Lexington Progress last week.

Illegal drugs are one of the leading causes of crime. The task force was disbanded in the 1990s.

The 26th Judicial District is made up of Henderson, Madison, and Chester Counties.

Being centrally located in West Tennessee and major thoroughfares crisscrossing the counties it is easy for drugs to be brought into the district. Similar task forces are in place in the other districts in Middle and West Tennessee.

Pickens said that when a person travels Interstate 40 they will notice other district task forces at work. The types of drugs officers find now have changed over the years. While marijuana, cocaine, and crack cocaine were problems years ago, now methamphetamines and fentanyl have become more prevalent.

“You hardly ever hear of a meth lab bust, because it is coming from the border,” Pickens said and border polices have made it easier for…