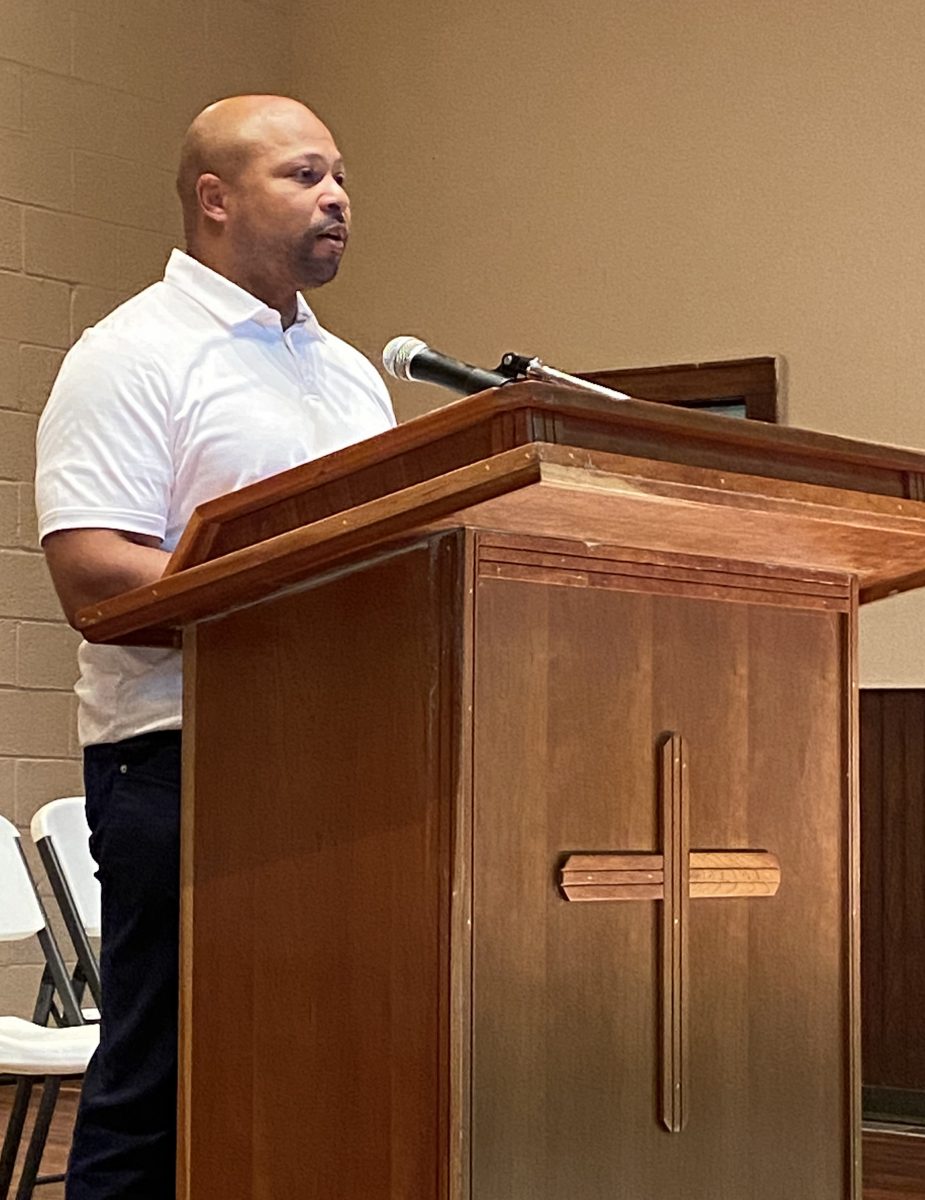 Arnold, now a drug company representative in the Memphis area, was the first Henderson Countian to sign an NFL contract.

Arnold told the story of his journey to the NFL and it’s sudden end, saying you have to be prepared for life. “As quickly as it started, it ended,” Arnold told the crowd. “It all comes down to that one play. I thought I was going to be the next big running back for the Washington Redskins.”

A walk-on running back for the Washington Redskins in 2000, Arnold injured his knee during the preseason game against Cleveland. Arnold’s NFL career ended on his first play in preseason.

Arnold told the crowd that his experience shows why young athletes need to be well rounded. At Memphis University, Arnold was also a walk-on who did not join the varsity squad until his third year. And after finally receiving a scholarship, Arnold worked on a master’s degree to continue his pursuit of…