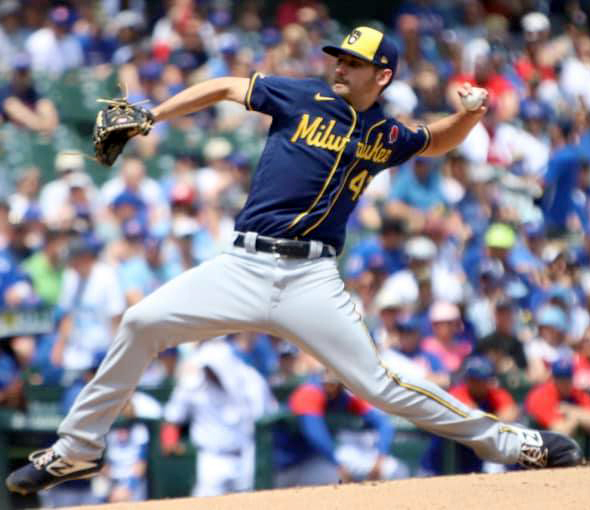 Ethan Small, a former pitcher for Lexington High School, made his Major League Baseball pitching debut with the Milwaukee Brewers on Monday, May 30, 2022.
Photo Submitted / The Lexington Progress

Ethan Small, a former Lexington High School baseball player, and also a member of the Mississippi State Bulldogs baseball program, made his Major League Baseball pitching debut on Monday, May 30, 2022, against the Chicago Cubs.

Small threw two and two-thirds innings, giving up two runs on four hits. He issued four walks and also struck out four batters in his first appearance in the majors. He did not figure in the win or loss, but the Milwaukee Brewers did receive the win in the game.

According to sources familiar with the situation, this is the first time a Henderson County person has played in a Major League baseball game since Neil Wilson played in a few games with the San Francisco Giants in early 1960’s.

Small should be a factor for the Brewers organization as the season progresses and look for him to make more appearances in the majors this season as well.

For this and other interesting articles, see the June 1st edition of The Lexington Progress.