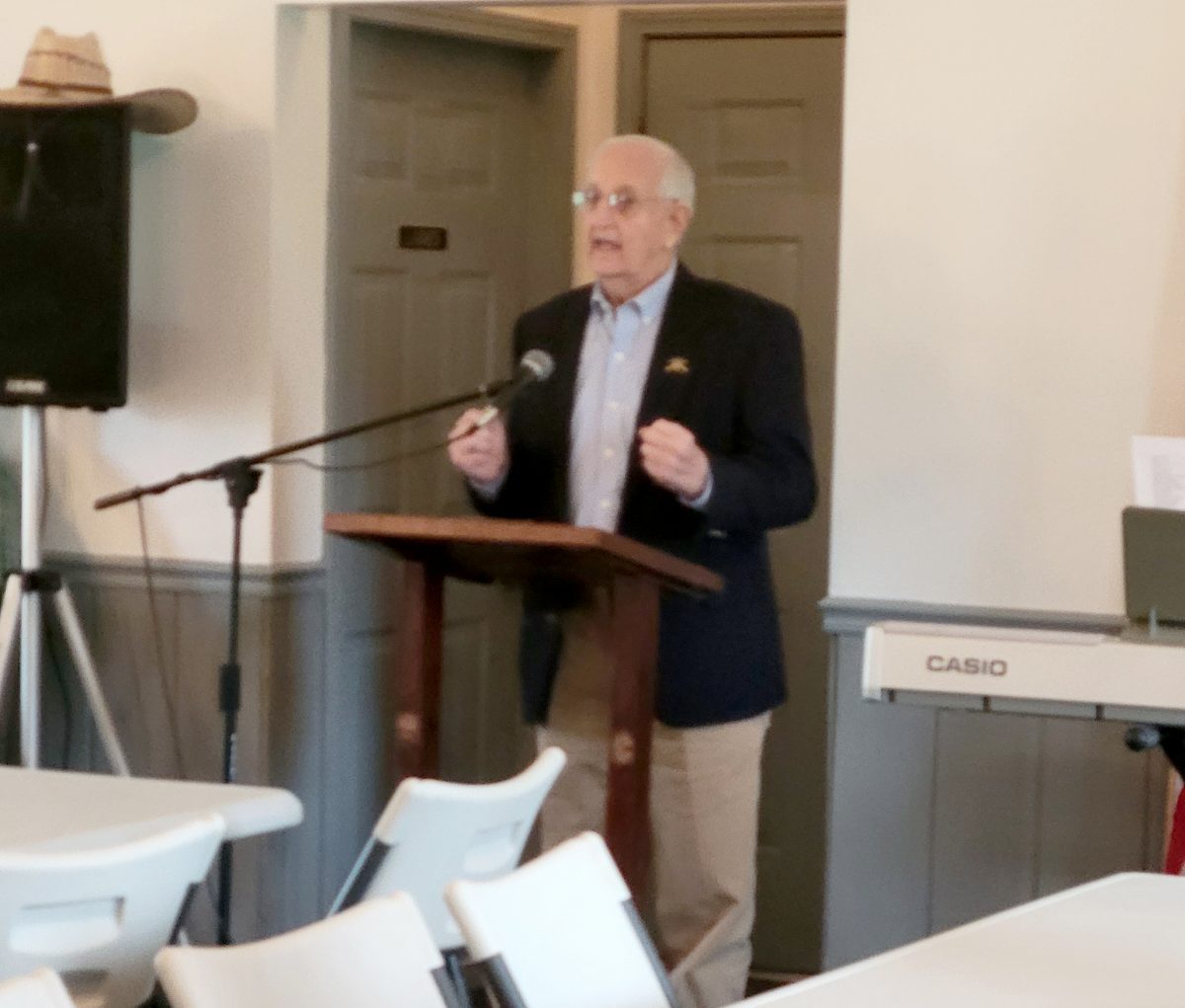 “It has been 157 years,” said Major General Dan Wood, “since the men in Henderson County’s 7th Tennessee U.S. Cavalry were released from the  Andersonville POW Camp in April 1865, and made their way home.” But many of the men captured at Union City didn’t survive the march to their prisoner of war camp, died from disease or lack of nutrition while there, some dying on the road home, while others perished in the explosion of the Sultana.

Solemn voices called out “Present,” as the roll of Company C was called, some strong with the vigor of youth, others with the hoarse call that comes from their winter years, but all filled with emotion. Many of the men had multiple descendants answering their call, some had no one left to answer the roll, but all were remembered with honor, with emotion, and tears.

It was a muster of the descendants of the 7th Tennessee U.S. Cavalry, many companies which had been raised in Henderson County. The event was organized by the Very Reverend Jerry Lynn Hayes, Presiding Bishop of the Apostolic Orthodox Church, and a great-grandson of one of the most famous of Henderson County’s cavalrymen, Captain Asa N. “Black Hawk” Hays.

The Saturday, April 16, 2022, event was held at the Parkers Crossroads City Park, and the building was…