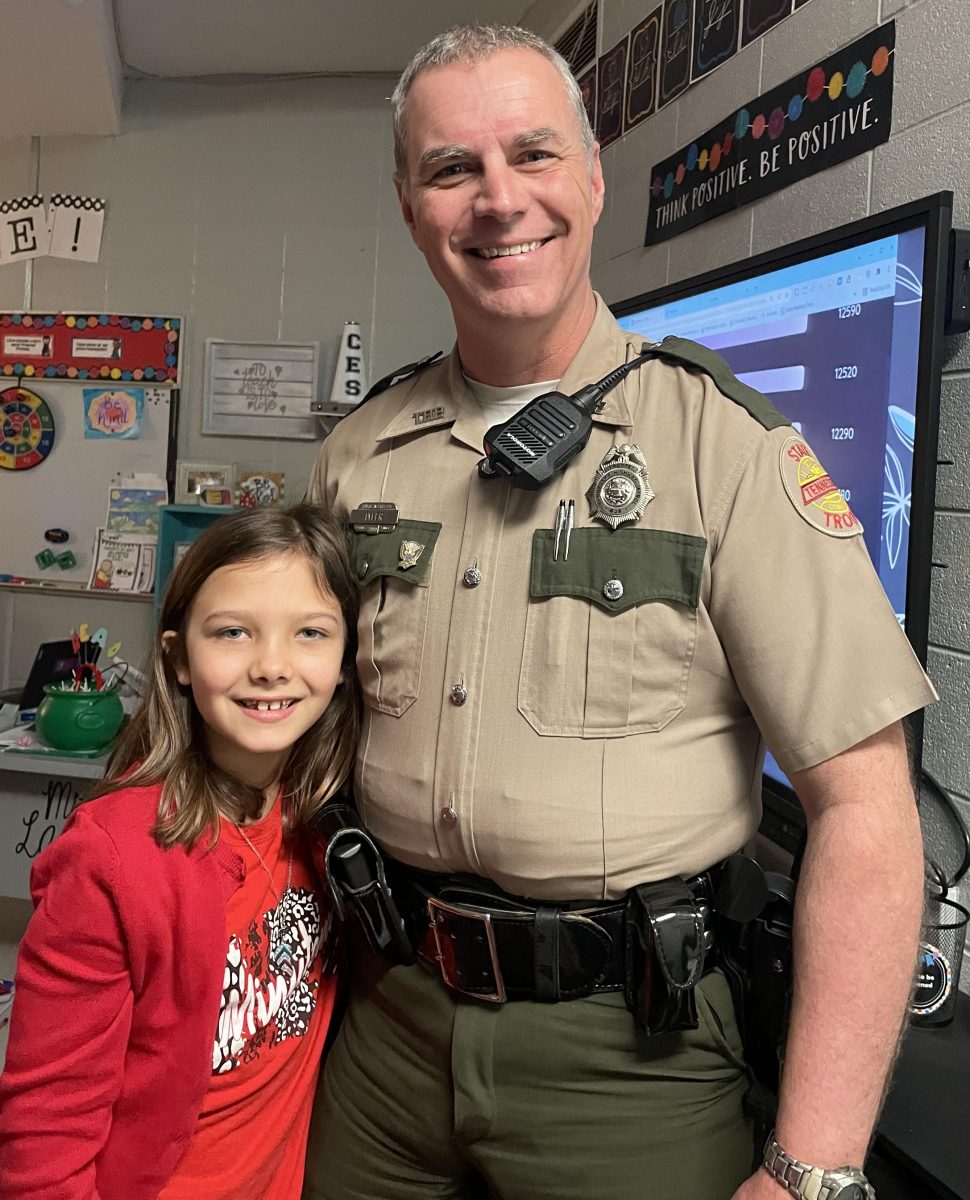 A reunion between Trooper Tracy Tyler and Hadley Richardson occurred recently as the two had lunch together at her school. Trooper Tyler was part of the rescue team that located Hadley back in October 2015, after she had wandered off and went missing.
Photo Submitted / The Lexington Progress

There are just some heart stopping, wonderful ideas for stories that come my way. A few weeks back, I received an idea for a “feel good story, maybe?” from a reader, saying that “Back in 2015, a two-year-old child wandered off from her grandmother’s and was found four hours later.”

“A few weeks ago, that same little girl was learning how to write and mail letters in Mrs. Lauren Schraw’s 3rd grade class at Caywood Elementary. She was given a list with several random names and picked a state trooper. Trooper Tracy Tyler received her letter, which was sitting on the top of the stack. He immediately called Mrs. Lauren with chills and in total shock: he was in the helicopter that located Miss Hadley that terrifying night seven years ago.”

“He always wondered how the little girl was doing. Miss Hadley and Trooper Tyler are planning on having a lunch date at school very soon. I hope I sold this as best as I could.”

The little girl that was lost in 2015 was Hadley Jean Richardson, and the story made headlines in early October, 2015, when she had wandered off around 6:30 p.m. on a Sunday evening. It’s the nightmare of any parent or grandparent, and it can be close to dark and close to cold around here, enough to be life threatening for a two-year-old.

A THP helicopter was deployed to join the search, utilizing some rather new technology called Forward Looking Infrared Radar, or FLIR. The system uses infrared technology to pick up body heat, and the two-year-old was…