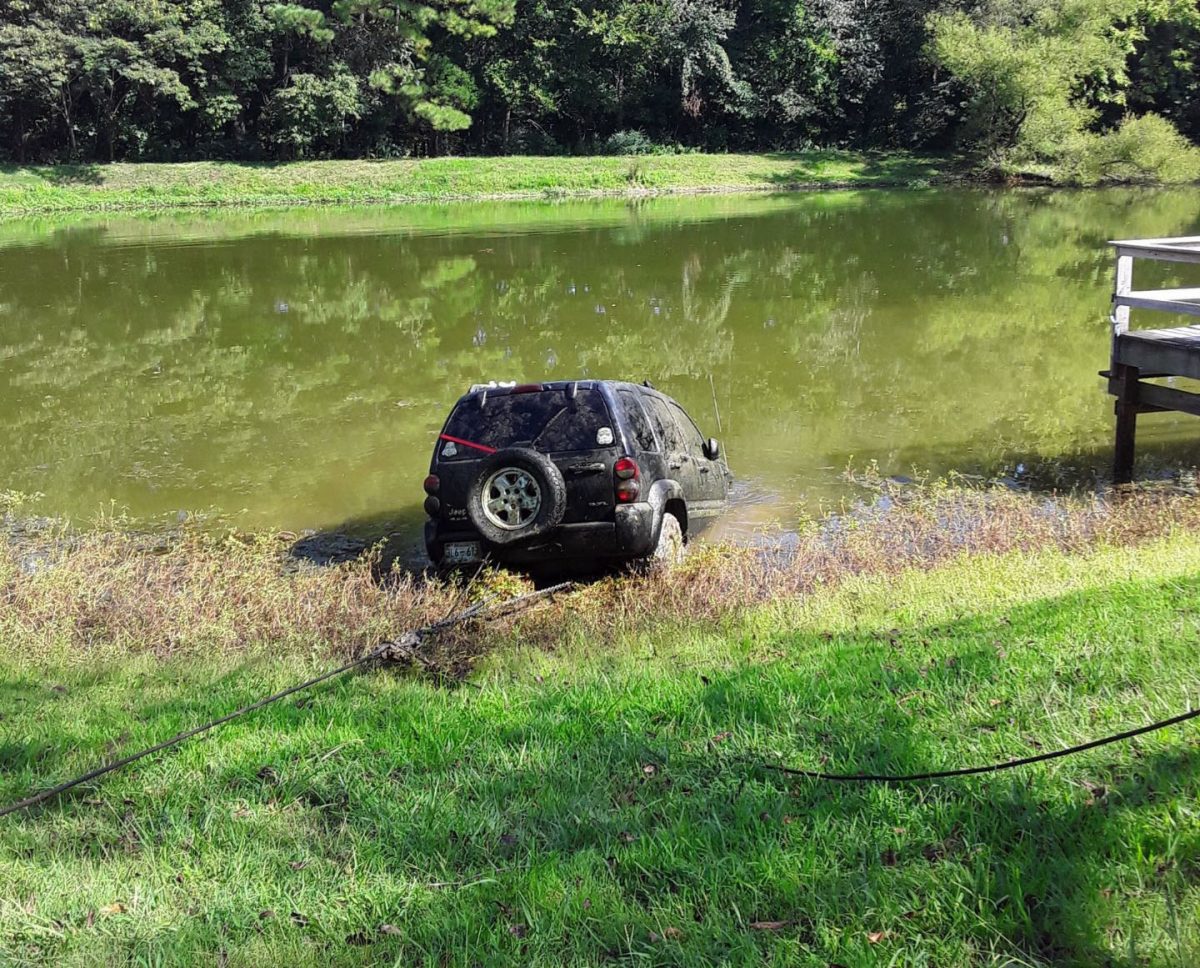 West Tennessee Dive Rescue and Recovery, located in Lexington, Tennessee, recently helped recover a vehicle that had been identified as part of an ongoing missing person case.
Photo Submitted / The Lexington Progress

The Jackson Police Department would like to thank all the volunteers of West Tennessee Dive Rescue and Recovery for their part in this investigation. Without their expertise and support the recovery of this vehicle could have been costly and potential evidence could have been lost.

The Jackson Police Department responded to the discovery of a vehicle in a residential pond in the Howeston Mill Drive subdivision on August 29, 2021. The vehicle was immediately identified as one involved in an ongoing missing person case of William Brian McKenzie.

Human remains were found inside the vehicle. These remains were sent to the Tennessee Medical Examiners Office for autopsy in Nashville. The Tennessee Medical Examiners Office finalized their report on February 7, 2022. The remains have been positively identified as those of William Brian McKenzie that had been reported missing on September 27, 2019 in Jackson, TN.

Mr. McKenzie’s death was classified by the Medical Examiner’s Office as a homicide. A suspect is in custody. No other suspects are being sought at this time. This case will be submitted to the 26th Judicial District Attorney General Jody Pickens for prosecution.

West Tennessee Dive Rescue and Recovery is a self-funded non-profit agency based out of Henderson County, Tennessee that responds to request for assistance from any emergency service organization or…