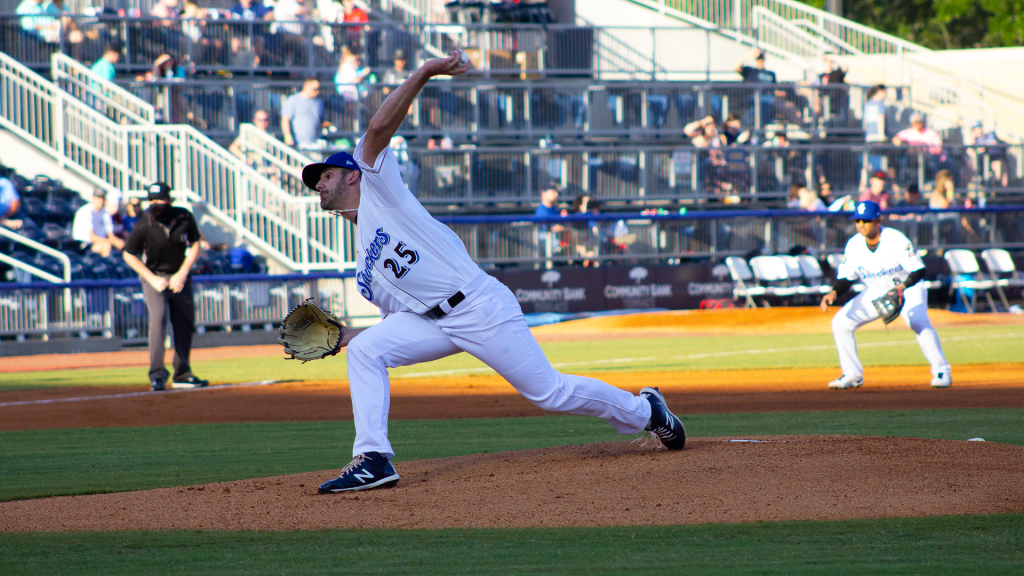 Ethan Small, with the Biloxi Shuckers, was recently named the Double-A South Pitcher of the Week. Small was a former pitcher for the Lexington High School baseball program.
Photo by: Kelsey Cousins

Ethan Small, a former pitcher for the Lexington High School Tigers baseball program, has added yet another accolade to his already astonishing list of highlights in his early professional baseball career. Small pitched so well for the Lexington baseball team in his years during high school that it eventually landed him a college scholarship and also a professional baseball contract with the Milwaukee Brewers.

Small earned the honor of being named Double-A South Pitcher of the week, according to the official site of the Biloxi Shuckers, whom Small is playing for at the current moment. Ethan is considered the #4 prospect in the Milwaukee Brewers organization. This news was released on Monday, June 7, 2021, and announced by Minor League Baseball. This is the first time in his career that Ethan has earned the title of player of the week.

He started two games over the week in which he garnered the accomplishment. Small pitched a total of 10 and two-thirds innings and only allowed three hits during that span. Small also struck out 19 batters he faced in that time also and that would lead all pitchers in Minor League Baseball.

The first game of the week that Small started was on June 1, 2021. Ethan retired seven consecutive batters via strike out from the first inning through the third inning. He would achieve a career milestone in that game by striking out 11 batters in that game. Small only allowed a single hit in the game against Montgomery, as well.

His second game he started came this past Sunday, June 6. Ethan did not waste any time in returning to form from his previous outing. He would strike out five batters in the first four innings of play and he issued two walks in that performance. Those were immediately followed by a double play. During this game, Ethan would…