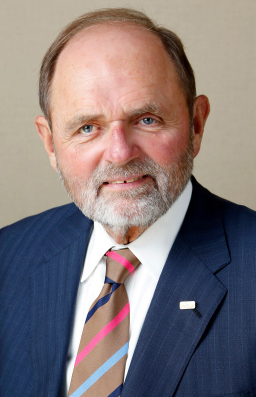 Jim Ayers announced recently that he would be stepping down as Executive Chairman of the Board of Directors of FirstBank.
Photo by: Donn Jones

Article from the Business Wire-

Jim Ayers, who bought a tiny, rural West Tennessee bank in 1984 and turned it into an $11 billion regional powerhouse, announced December 2, 2020d that he was stepping down as Executive Chairman of the board of directors of FirstBank and its parent company FB Financial Corporation (NYSE: FBK).

Ayers, who owns 29 percent of the publicly traded bank, will retain a board seat and expects to continue working at the bank, focusing his time calling on customers.

“Having just celebrated my 77th birthday, I thought this would be a good time to dial back some of my responsibilities to give me more time to spend with my family and on my hobbies,” Ayers said. “The bank is strong, we have excellent leadership at the top with Chris Holmes as President and CEO, and we have a strong and diverse board. I can go hunting and fishing, and that’s what I intend to do.”

Holmes, age 56, joined FirstBank as Chief Banking Officer before being named President in 2012 and adding the CEO’s role the following year. Holmes is a native of Lexington, Tenn., and worked previously in executive roles at The South Financial Group in Greenville, S.C., and National Commerce Financial in Memphis. He serves as the current…

For the complete story, see the December 16th edition of The Lexington Progress.