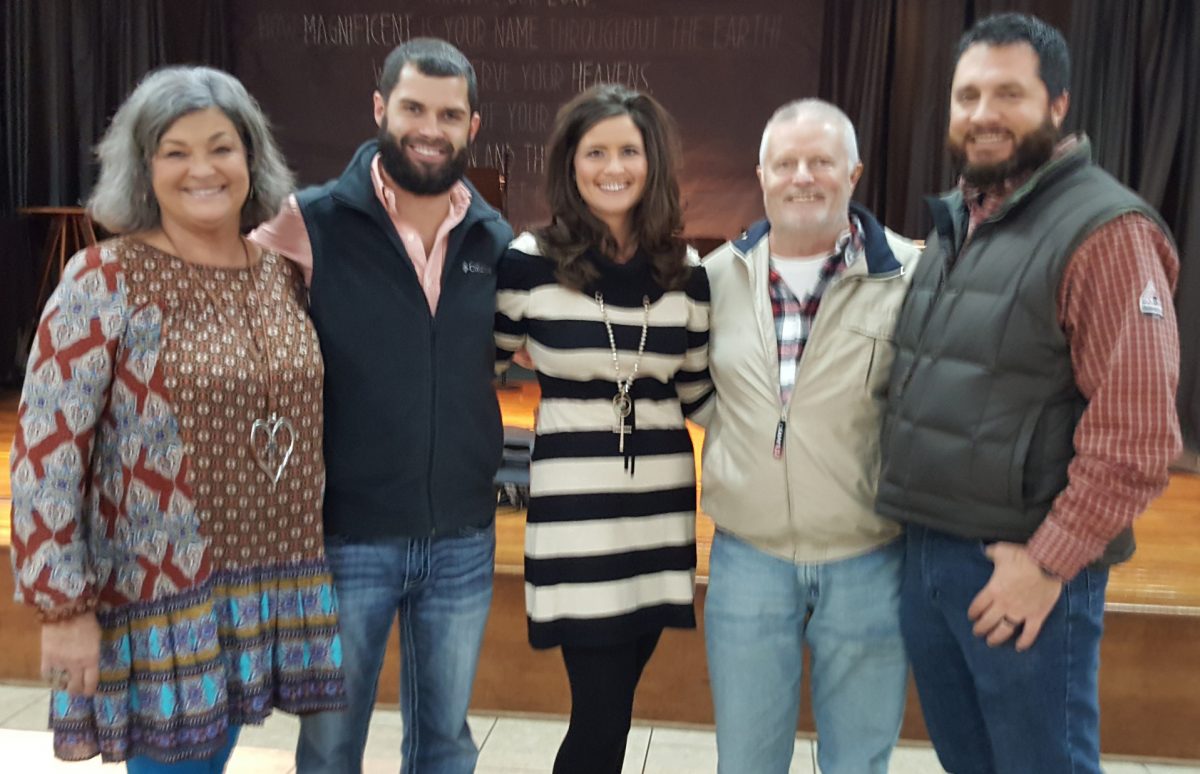 Brooke Franklin James and Blake Franklin were the guest speakers at the Lexington Rotary meeting on November 19, 2019.
Photo by: W. Clay Crook / The Lexington Progress

The special guest speakers for the November 19, 2019, Lexington Rotary Club were Brooke Franklin James and Blake Franklin from The Lexington Progress newspaper. They were introduced by Harry Scott, who welcomed both the James and Franklin families to the luncheon. “Freedom of the press is one of the rights and privileges that our country still enjoys,” Scott said as he introduced Brooke James, a co-editor of The Lexington Progress. Scott said he was privileged to have known three generations of the family and looks forward to the fourth and fifth generation. Brooke spoke about the creation of The Lexington Progress in 1884 under W.V. Barry and the acquisition of the paper in June 1946, by her grandparents W. T. Franklin Jr., and his wife, Kathleen.

The family owned business is now in its third generation, with their father, Tom Franklin, as publisher and owner, and Brooke and her brother Blake as co-editors. Brooke spoke about being raised in the newspaper. Even going to the movies on Tuesdays with her mother, Donna Woods Franklin, she found out later was newspaper-related, as it gave Tom time to sleep before making the  evening newspaper deliveries. She also reminisced about cutting advertisement artwork out of a catalog to…

For the complete story, see the November 27th edition of The Lexington Progress.