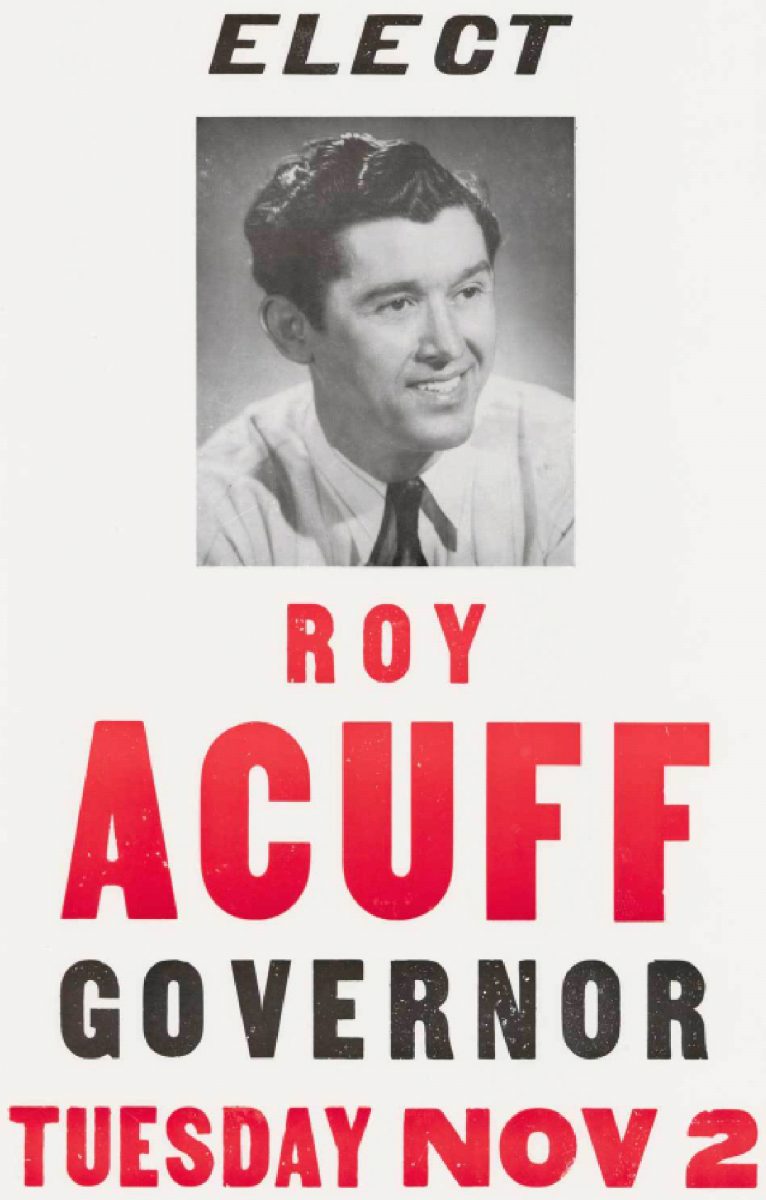 Roy Acuff appeared in Lexington, Tennessee seventy-one years ago for his campaign to be the Governor of the State of Tennessee.
Photo Submitted / The Lexington Progress

Lexington, Tennessee – Seventy-one years ago this week, on September 16, 1948, Roy Claxton Acuff appeared here during his campaign for Tennessee Governor. The crowd of people who came to greet Acuff was reportedly the largest Henderson County had ever seen for a political candidate. The rally was held at Fanning Field, which was a baseball stadium adjacent to the Lexington High School football field, about where the LHS band room is now.

Excerpts from The Lexington Progress, September 24, 1948:
Acuff Crowd Largest in County’s Political History-
Roy Acuff came to town last Thursday night and greeting him and his troupe was the largest crowd ever to attend a political rally in Lexington. Between five and six thousand people swarmed into the ballpark to hear the famed Grand Ole Opry star. (Estimates ran as high as 10,000 persons and as low as 1,500, depending on the estimator’s party).
Acuff again promised an increase in…