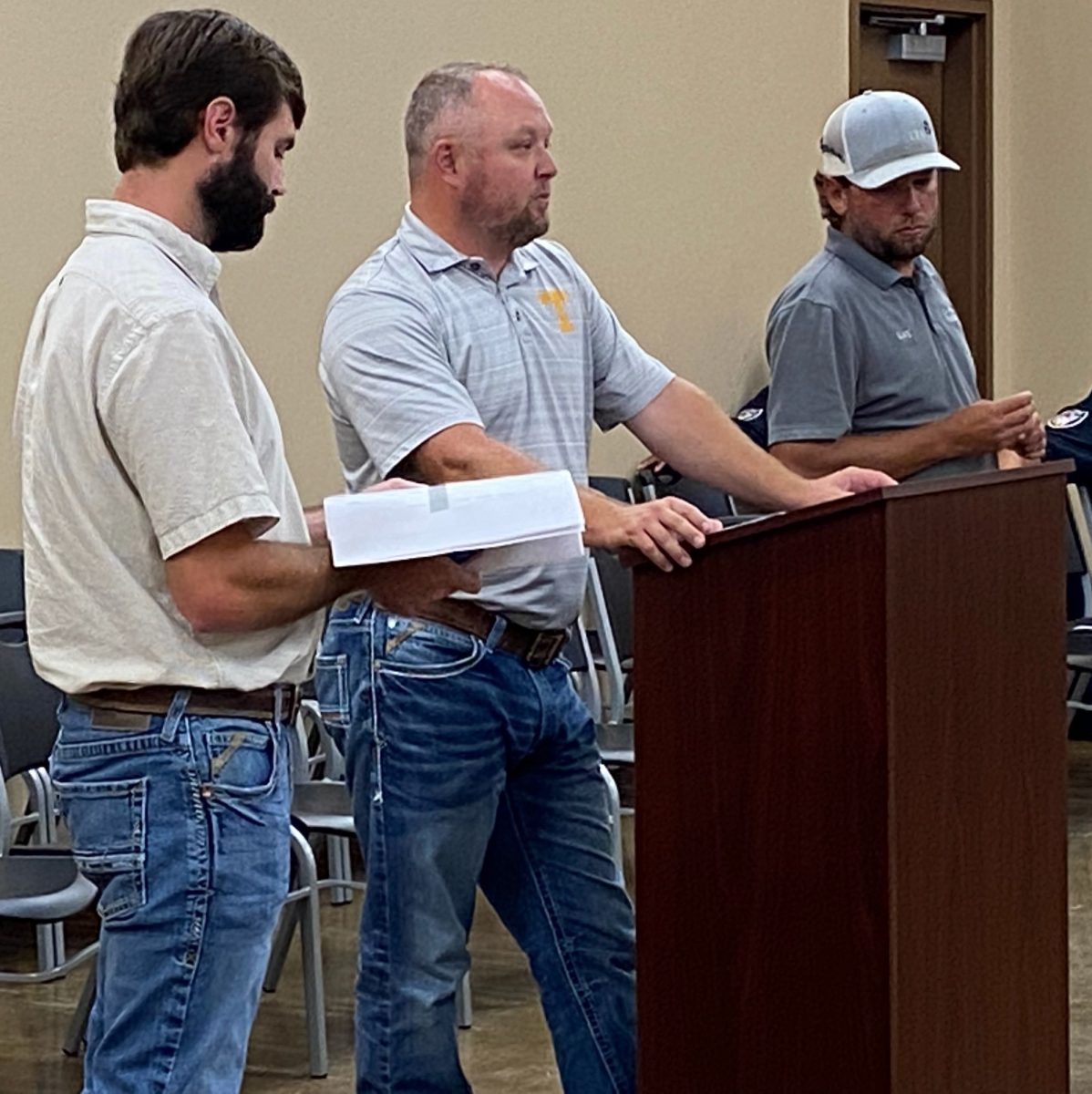 The City Board of Mayor and Aldermen for the City of Lexington met on May 31, 2022.
Photo by: Brooke F. James / The Lexington Progress

The Lexington City Board of Mayor and Aldermen met on Tuesday, May 31 in a special called budget workshop.

City Recorder Cody Wood stated the proposed FY2022/2023 budget did include the 5.9% cost of living raise for city employees.

Budget discussion began with Public Works Director Robbie McCready presenting his budget for the FY2022/2023. McCready informed the board of an employee in the mechanic shop  recently meeting requirements for a Level 2 Mechanic (up from Level 1) and requested a pay scale adjustment for the employee. He also requested a supplement increase for Keith Wallace, who has been performing the same duties as code enforcement and building inspector.   In the 5 year capital equipment replacement program for street division, a request for machinery and equipment included: Trailer ($5,000.00); Zero-Turn Mower ($12,000.00); Pressure Washer ($7,000); Skid Steer ($65,000.00); Sweeper ($305,410.00); Backhoe ($125,000.00); and Low boy trailer ($84,000.00). For vehicle replacements ($52,000.00); Service Truck ($65,000.00); Dump Truck ($55,000.00); Bucket Truck ($85,000.00). McCready commented on how the majority of the equipment was in need of replacements. The street sweeper and backhoe is planned for purchase using ARPA funding. The skid steer did not have an enclosed cab and cannot be used for bush hogging, so they have to rely on other departments equipment for these type jobs. The low boy trailer was originally purchased from the police department years ago and had hydraulic issues and simply was not safe. The zero turn mower was over 8 years old and…

For the complete story, see the June 8th edition of The Lexington Progress.