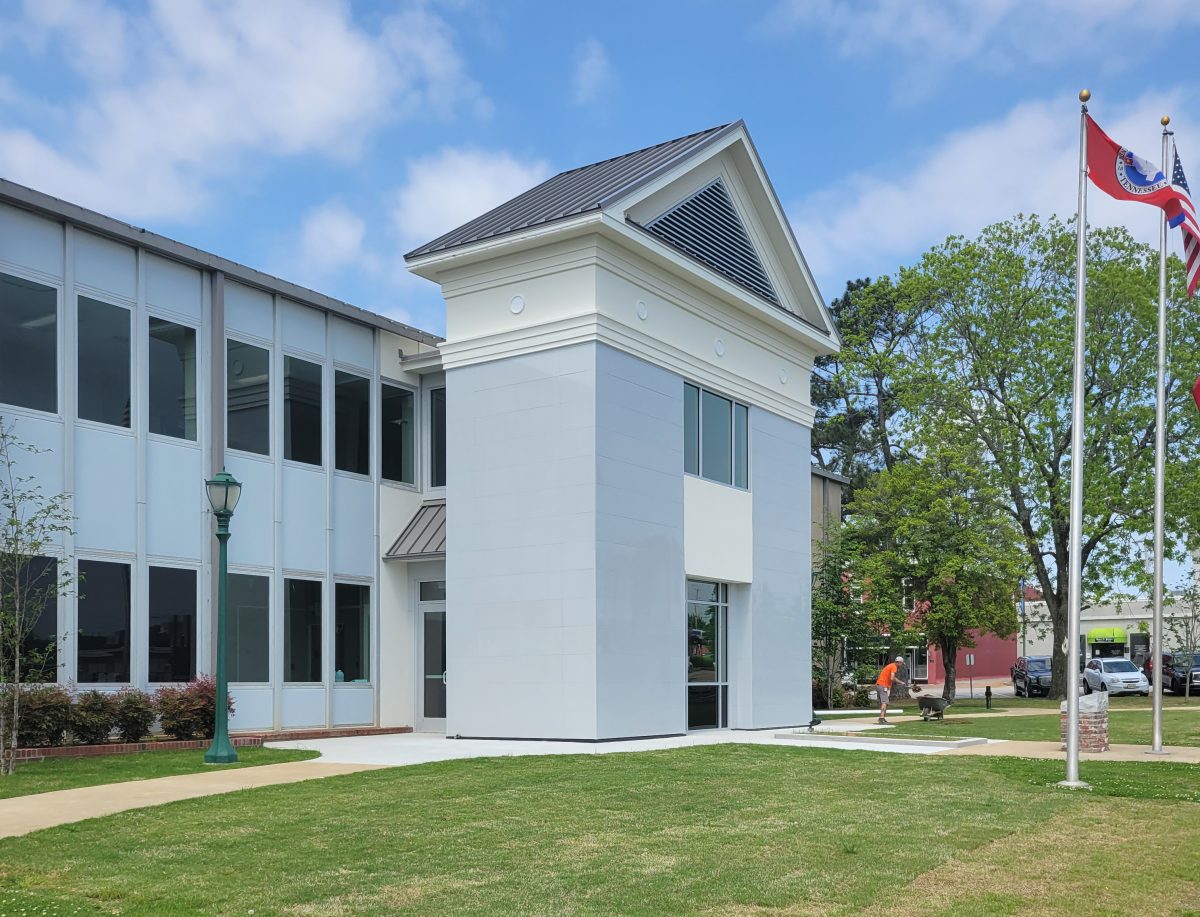 The elevator tower on the north side of the Henderson County Courthouse is awaiting the final release letter in order for operation and use to begin.
Photo by: W. Clay Crook / The Lexington Progress

The north tower and elevator, which have been added to the Henderson County Courthouse, may be open for operation as early as Wednesday, May 11, 2022, or shortly thereafter.

Henderson County Mayor Eddie Bray said that the ADA compliant addition passed state inspection, but the final release letters are due at any time.

There is some minor activity around the construction site, and the brown panels have been painted to match the…