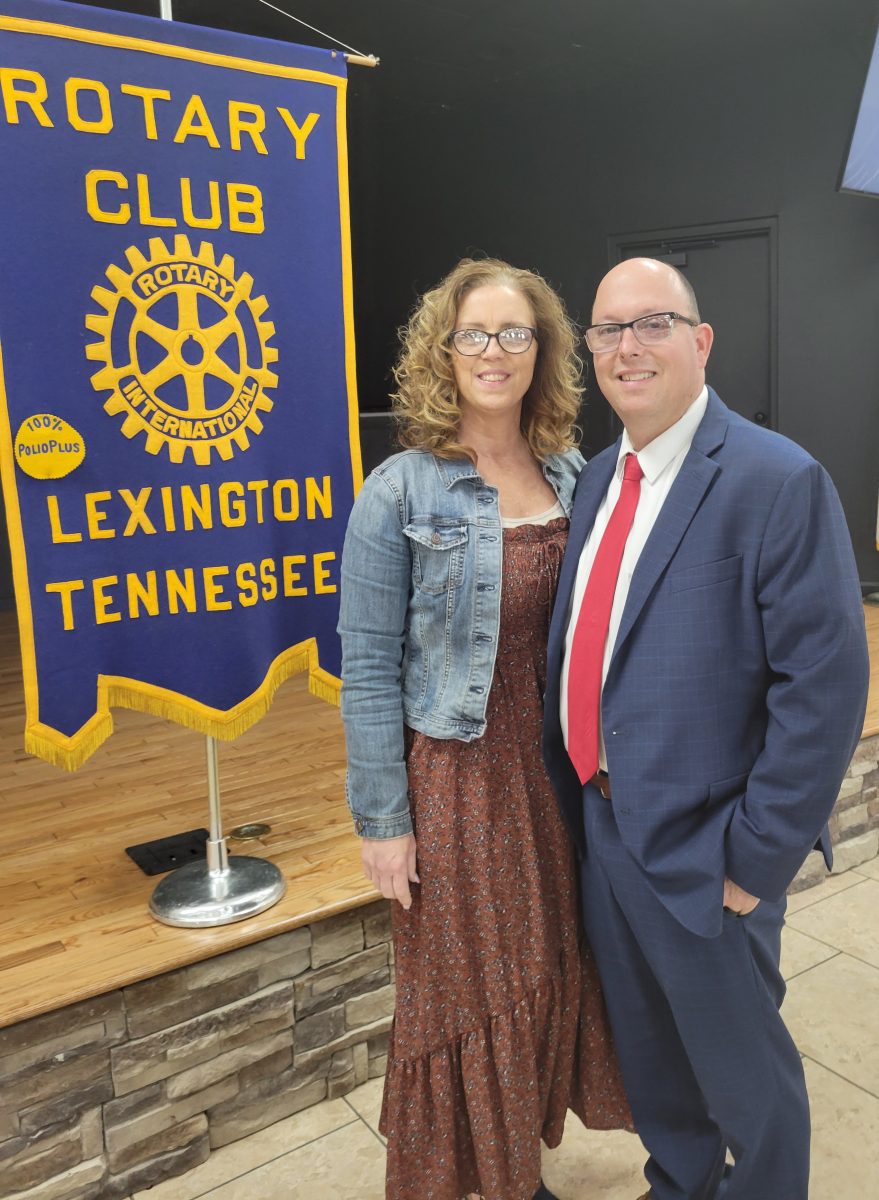 Henderson County Mayor Eddie Bray delivered his State of the County Address at the April 19, 2022, meeting of the Lexington Rotary Club. Many of the county officials, staff, and department heads also attended the meeting and were recognized by the mayor.

“The secret of success is to do common things uncommonly well,” said Mayor Bray. He bragged on the county departments and staff, and that they all go the extra mile in order to get things done and keep the county running. He said that he has been honored to be the mayor and that “Henderson County is truly the best place to live.” There are many amenities in the county, which has been formed by men of vision, leaving the county in a position of strength.

The county is in a critical position now, where the decisions of today will determine the fortunes of the future. Potential for future growth is exciting and he mentioned local manufacturing efforts and the upcoming Ford Blue Oval City. There was also another zero-finding audit from the State Comptroller. “Our fiscal policies and management strategies are sound and well planned,” he said.

Since 2018, the county has paid off almost $8 million in debt, and has refinanced some bonds that will save tremendously, and can be debt free in…