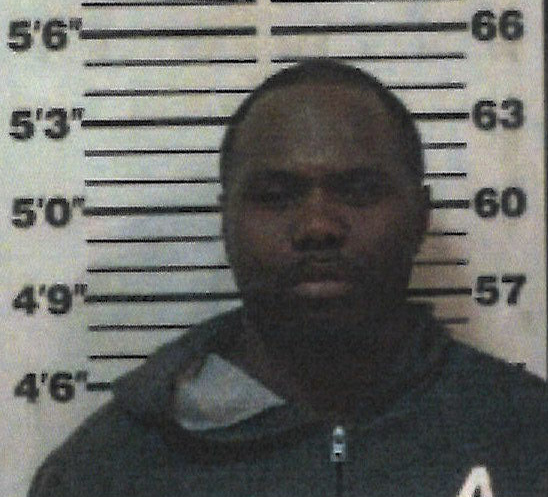 Carlos Cannon, age 36, was arrested on March 16, and charged with Possession of a Firearm During Commission of a Felony Unlawful Possession of a Weapon by a Convicted Felon, two counts of Reckless Endangerment, and other related charges.
Photo Submitted / The Lexington Progress

Henderson County Sheriff Brian Duke said that a shots fired domestic disturbance call led to a large deployment of officers at an apartment complex in the 18000 block of Highway 22 North on Wednesday, March 16, 2022, around 10:44 a.m.

Carlos Demond Cannon, age 36, was arrested for possession of a firearm during the commission of a felony, unlawful possession of a weapon by a convicted felon, reckless endangerment (two counts), disorderly conduct, mfg./ del./sale/possession with intent- schedule VI, and possession of drug paraphernalia.

According to the affidavits, “The defendant did have in his residence/possession a Taurus Gc2 9mm handgun, grey and black in color, with the intent to go armed in the commission of sale and delivery of schedule VI-controlled substance, did fire the handgun in between two apartment complex buildings in very close proximity to…