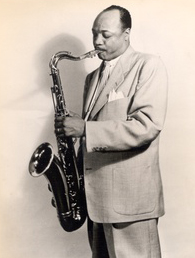 Dian Helms Brown shared some interesting tidbits on the Lexington, Tennessee Past site on a world renown black saxophonist who was born in Lexington. There is actually a Wikipedia entry on the performer. “Samuel Leroy Taylor, Jr. (July 12, 1916 – October 5, 1990), known as Sam “The Man” Taylor, was an American jazz and blues tenor saxophonist.

“Taylor was one of the most requested session saxophone players in New York recording studios in the 1950s. He also replaced Count Basie as the house bandleader on Alan Freed’s radio series, Camel Rock ‘n Roll Dance Party, on…