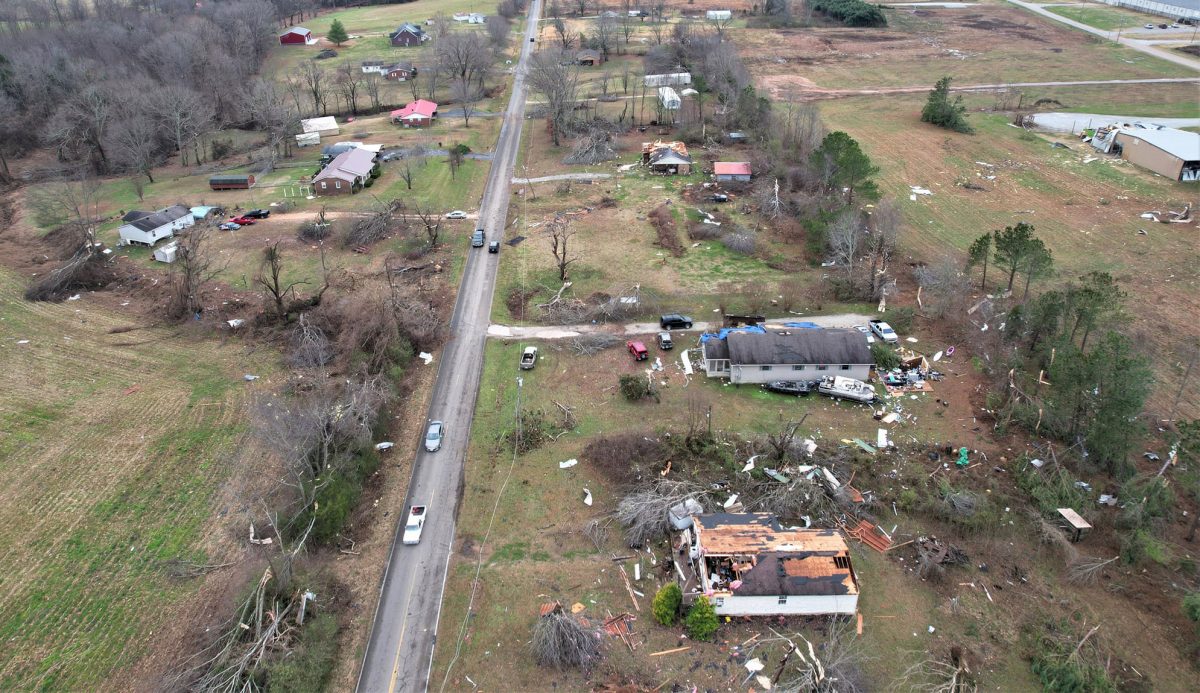 Damage is shown from drone footage of the tornado that occurred in Henderson County on Friday, December 10, 2021.
Photo Submitted by Burt Staggs

Severe thunderstorm warnings for West Tennessee and Henderson County were issued early on Friday evening, December 10, 2021, but were turned into a Tornado Watch by 10:45 p.m., and then shortly afterwards into a tornado warning. A line of tornado producing storms reached from the southern portions of Henderson County all the way north into Kentucky and Illinois, leaving behind destruction, injuries, and power outages here, and death and massive desolation north of us.

It was estimated that half of the LES coverage area was out of power, with power outages nearly covering the entire county at some point. Some portions in the western part of the county were less effected, with heavy tree damage, but some homes retaining power.

At 12:45 p.m. on Saturday, December 12th, Lexington Electric System posted that, “At the moment LES has all substations in Lexington online with load. Everything appears normal and crews are concentrating in the Timberlake, Huron (Hwy. 200), and Natchez Trace areas restoring service. We also have crews working in the…