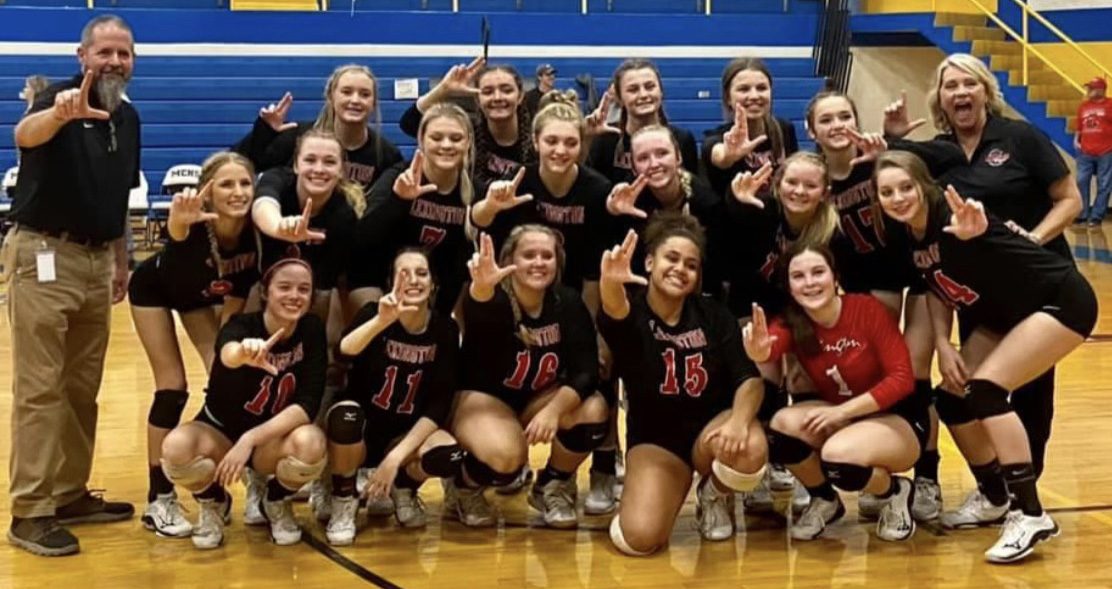 With a team goal of winning District 13AA, the Lexington High School Lady Tigers volleyball team had one more opponent to claim victory over in reaching the team’s goal. Lexington would need to get through Chester County last Thursday, October 7, in order to claim the rights to that third consecutive district title. While the Lady Eagles put up a good effort to start the match, it ultimately was the Lady Tigers of Lexington that let their play do most of the talking. The Lady Tigers would go on to win and claim the District 13AA Championship in four sets, 27-25, 25-27, 25-17, and 25-17.

Leading the Lady Tigers in kills in the match was Preslee Doner. She recorded 20 against the Lady Eagles. Ellie Smith finished with 15. Callie McDonald, Mykenzie Duke, and Kylie Atchison all had five kills each. Morgan Sanders recorded three for Lexington, as well. Kylie Atchison would have a big night in securing 38 assists for the Lady Tigers which led the team.

The team leader in blocks came via a duo of players for Lexington. Both Preslee Doner and Kylie Atchison recorded one block each in the win.

Kyle Atchison would also be the top performer for the Lady Tigers volleyball team by garnering four aces. She was followed by teammate Morgan Sanders who had two aces of her own and Callie McDonald finished with one ace in the victory.

The dig leaders of the team were Callie McDonald, with 21 digs of her own, Ellie Smith who secured 16 digs for the Lady Tigers, Emmy Corbitt had 14 digs and…