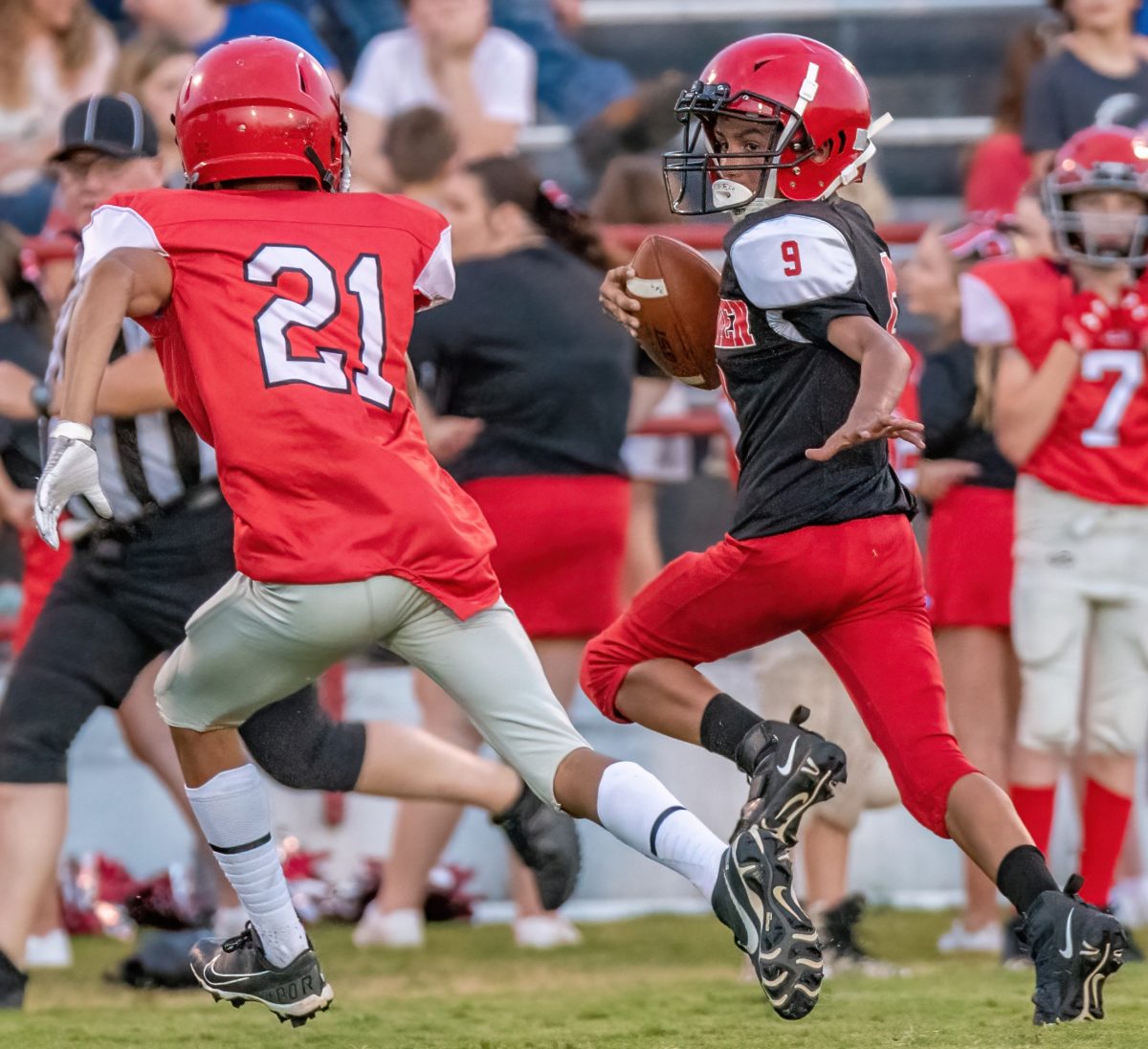 Last Thursday night, September 2, the Lexington Middle School football team made their way to Lexington High School to take on the Henderson County North Tigers. This match-up is a game that gives bragging rights to the winner, as they take the crown as the best middle school football team in Henderson County. The Minutemen had no issues with the Tigers of HCN, as they would shutout their opposing team. The final score was 30-0, in favor of the Minutemen.

HCN received the opening kickoff of the 2021 Tiger Bowl. The Tigers of HCN could not get the ball rolling and the Minutemen defense came to play, stopping the Tigers on a 4th and short attempt.

On the first play for the Minutemen, Beers took a trap play 47-yards for a touchdown. Arnold added the two-point conversion and LMS led 8-0.

Again, the LMS defense came up big and held the Tigers to a punt giving the ball back to the Minutemen near mid field. It did not take LMS long to find more points. Beers would bust up the middle of the field for a 54-yard score. McEarl added the two-point conversion, and the score was 16-0, in favor of LMS.

Henderson County North had success on the next drive as they moved the ball down the field. A pass interference call on…