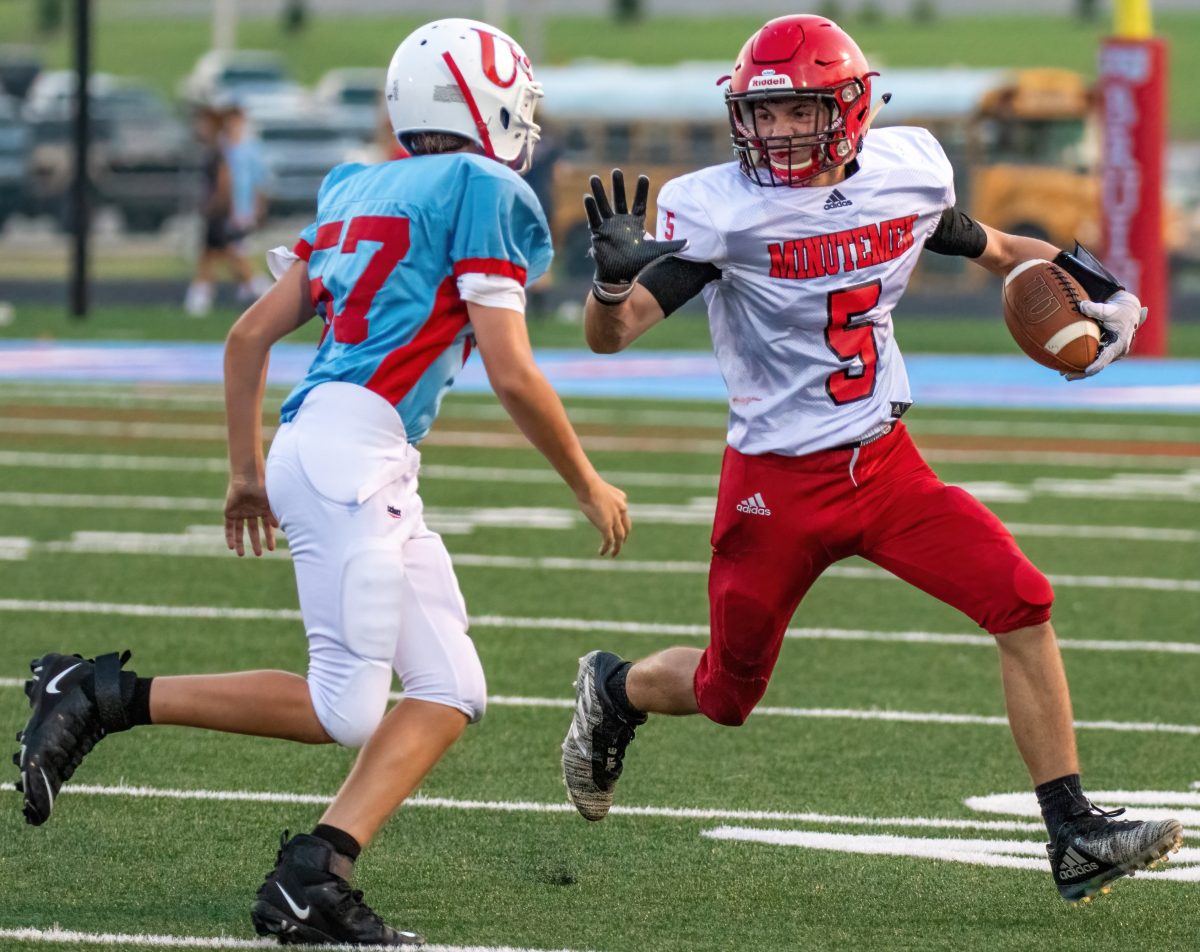 Lexington Middle School had a big game on the road last Thursday, August 26, 2021, as the team hit the road to travel to the University School of Jackson. This game is always one that is circled on the schedule for the Minutemen as it has become an annual rivalry over the years. Lexington came into the game determined to head back to town with a win. At the end of the game, the Minutemen had achieved their goal. Lexington took the win over USJ, 46-12.

USJ received the football after LMS won the coin toss and elected to play defense first. The Bruins worked their way down the field on their first series behind some good throws and catches. The Minutemen defense stepped up with pressure on the quarterback from Dallas Jameson, causing the 4th down pass to fall incomplete.

Lexington Middle took over on their own 44-yard line. Amarion Arnold went to work pounding the ball into USJ territory. Arnold then caught a pass out of the backfield from Walker McCready and took it 42-yards to the end zone. Samuel Maness added the 2-point conversion and Lexington led 8-0.

On their next possession, the Bruins went back to the air, moving the ball into LMS territory. USJ found the end zone on a deep pass, from 40-yards out, to score. Their two-point conversion failed, and the score stood at 8-6.
Mason Beers started the next drive with a strong run and moved the ball to the middle of the field. From there, again, Arnold would…