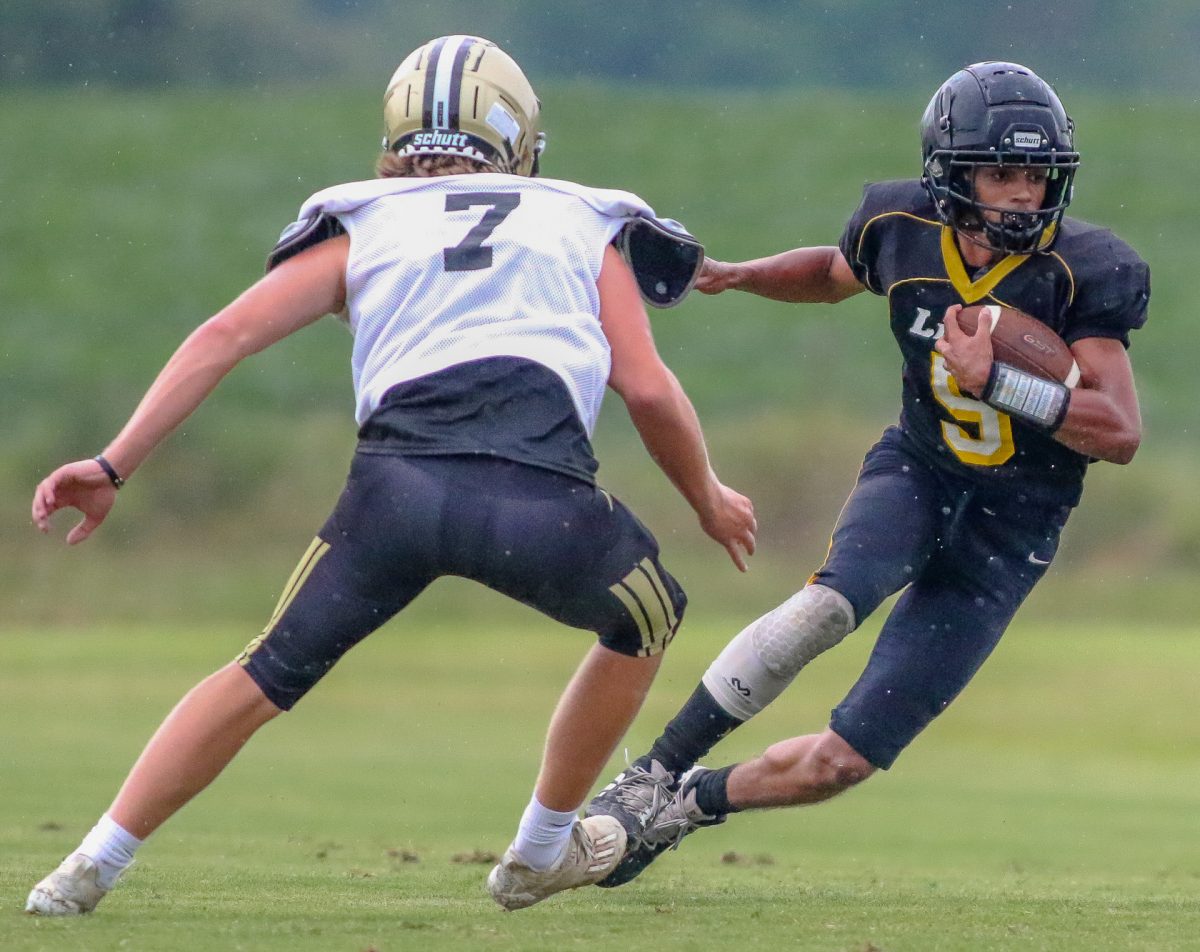 The Scotts Hill High School football team was back in action last Friday night, August 6, 2021, when the Lions hosted Loretto High School at “The Hill”. This was the last time the Lions would go against live action from an opposing team before participating in the jamboree this week. Scotts Hill used the time to work on and polish their talents before the upcoming start to the regular season.

Coach Woodmore shared with us his thoughts on how the past week of practice helped his team leading into this scrimmage game against the Mustangs. Woodmore stated, “I was really pleased with the work ethic of our team this week. Our coaches graded them hard last week and put together a plan for practice. The team responded with a great week of practice.”

With any team at this time of year, improvement is a big key to having success as the season approaches. The coaching staff saw improvement in the Lions football team, especially as the team played more physical. The coaches had been talking to their guys about being physical from the first snap to the last and the staff felt that the Lions, as a team, did exactly that this week.

The old saying goes, defense wins championships. Scotts Hill wanted to make sure that their defensive unit was ready and prepared in this game. “Loretto is a tough, physical team that came right at us on defense, but our guys did not fold”, shared Woodmore. The Lions were able to respond by keeping the Mustangs from…

For the complete story, see the August 11th edition of The Lexington Progress.