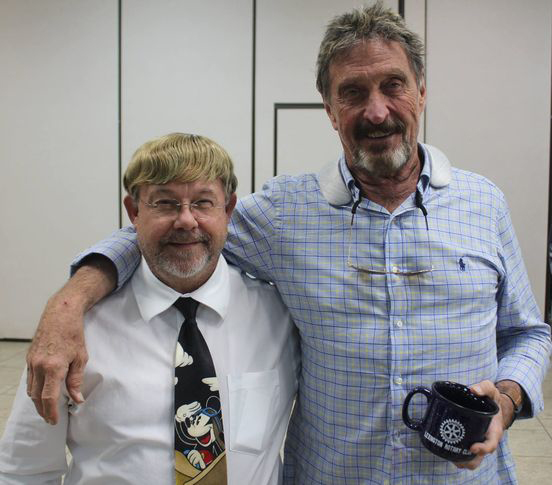 John McAfee, a former resident of Lexington, Tennessee and founder of the computer virus software McAfee, was found dead in his jail cell near Barcelona, Spain while awaiting extradition to the United States for tax evasion charges.
Photo Submitted / The Lexington Progress

John McAfee was a familiar face in Lexington for a number of years but moved out of the area sometime before 2020. The former computer virus software founder and bit-coin entrepreneur was reported as dead on June 23rd by national news services.

According to the headlines, McAfee had been incarcerated near Barcelona, Spain, awaiting extradition to the United States for tax evasion charges.

He moved to Lexington sometime after leaving Belize in 2013, having a home first near Lexington High School, then Beasley Place, with his last residence in Eastern Shores. Many saw him while dining or shopping around Lexington, and it was fairly easy at times to strike up a conversation.

McAfee and his wife attended the Lexington Rotary Club meeting on August 7, 2018, while Tasha Johnson was President and Kelli Grice chaired the Program Committee. Kelli was so excited when he accepted her invitation to speak.

He was very casual during his presentation on the bit-coin system, answered off-the-cuff questions and stayed to have…