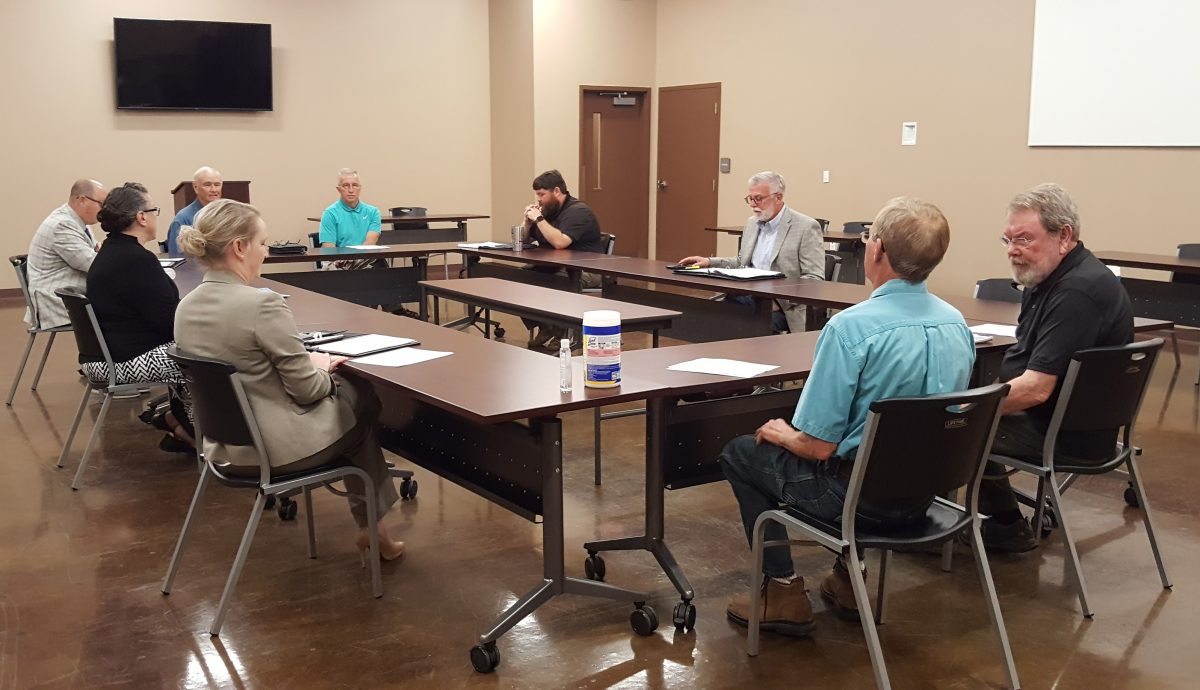 The Joint Economic Community Development Board met at the Lexington Utilities Operations Facility on Maple Street at 10:00 a.m. on Thursday, June 10, 2021.

Lexington Mayor Jeff Griggs brought the meeting to order, thanking everyone for their attendance. Scotts Hill Mayor Kenny Parrish was able to participate by phone, and Mayor Griggs introduced the newest member of the group, Melissa Gilbert, who is the new Director of the Chamber of Commerce. She has already visited many areas of the county and has been moving forward with the plan details on the Festival of the Lakes event on July 4th.

Christine McCurry, with Goodwill Career Solutions, gave the guest presentation on the career finding goals of Goodwill. All of their programs are free, and they offer career coaching assistance with resumes, interviewing, and will start offering some computer classes at the Everett Horn Library in Lexington. They will be working with local employers to put together a job fair in Lexington, perhaps at the old Brown Shoe building parking lot on Natchez Trace Drive.

Mayor Bray said that the county budget process is running well and anticipates about $5.4 million from the American Relief Act. Half of the funds have been received but are on hold awaiting guidelines. A redistricting committee has been formed and will work with CTAS once the census guidelines come in. He is working with Ms. Gilbert and the others on Bicentennial events for Henderson County. The elevator project will soon start at the Henderson County Courthouse. The hotel / motel tax increased from 5% to 7% was approved by the state legislature, and he praised the finance department for the recognition by the state for a clean audit. An action plan for the old balefill, approved by TDEC and led by Richard Holland, is in progress. The non-profit committee will meet in July to make recommendations on applications that were received by the March 31st deadline.

Mayor Griggs spoke about the Comptroller’s meeting in Jackson last week, which has not yet released the amount from the American Cares Act for cities, but there are areas like sewer and water that will probably…

For complete coverage, see the June 16th edition of The Lexington Progress.