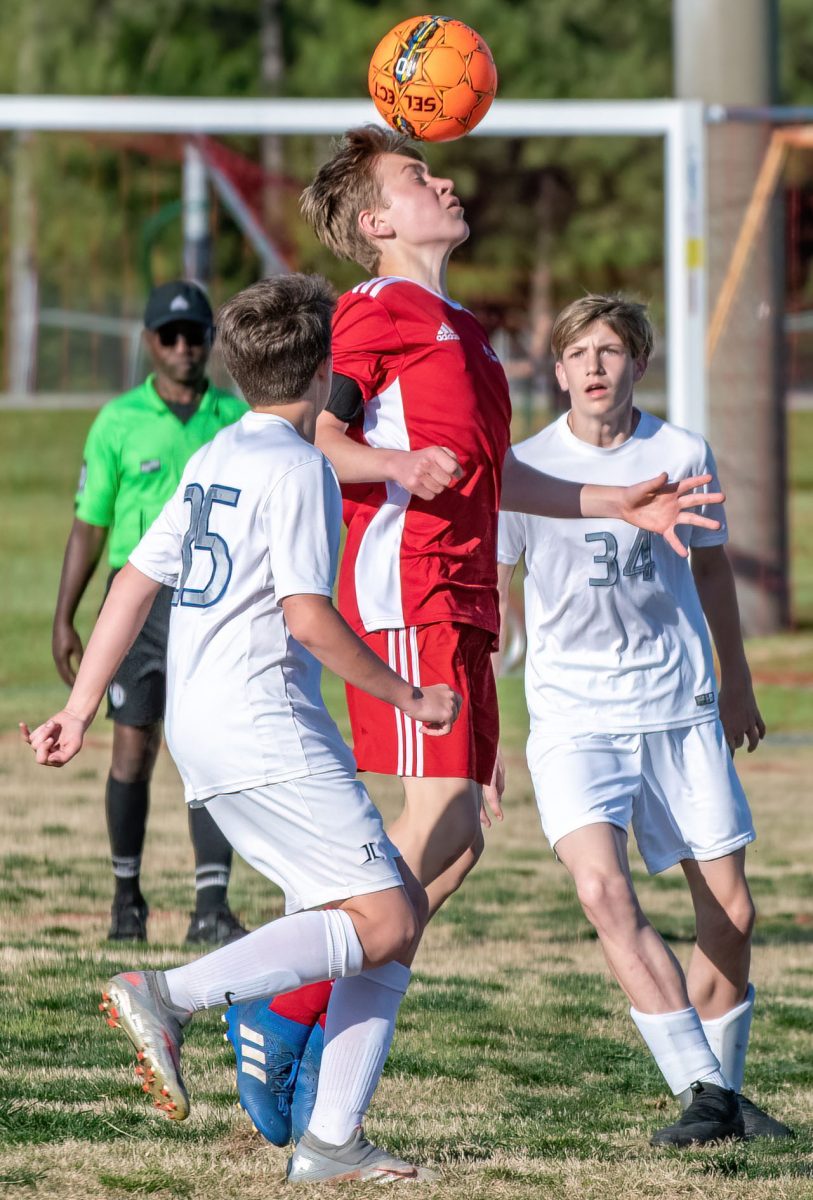 Lexington Middle School soccer was back in action on Monday, April 5, after a long two week break due to spring break and game cancellations caused by weather. Lexington traveled to Jackson for a match against Trinity Christian Academy. It was a beautiful night for soccer.

The Minutemen started off well with good movement and passing, but after a lucky break, TCA scored the first goal with a long shot from right midfield. After the wakeup of being down by one, Lexington shook it off and picked up their intensity and ultimately sank their first goal scored by Luke Doll. After tying up the game, the Minutemen geared up and worked together even better to control the game and keep the ball on the TCA half the majority of the time and eventually scored a second goal by Tobiah Ware. This ended the first half, with a score of 2-1, in favor of Lexington.

After some halftime adjustments, the Minutemen re-entered the field ready to secure the game and did not disappoint. Still controlling the game and keeping the ball on the TCA half, LMS scored their third goal, with a beautiful cross by Adam Zukowski that was picked up and finished by his younger brother Ein Maness. Lexington’s fourth goal was made by Luke Doll for his second goal of the night.

Credit goes to the TCA goalkeeper for keeping the goal differential small with many hard-fought saves. The Minutemen tallied up many attempts on…