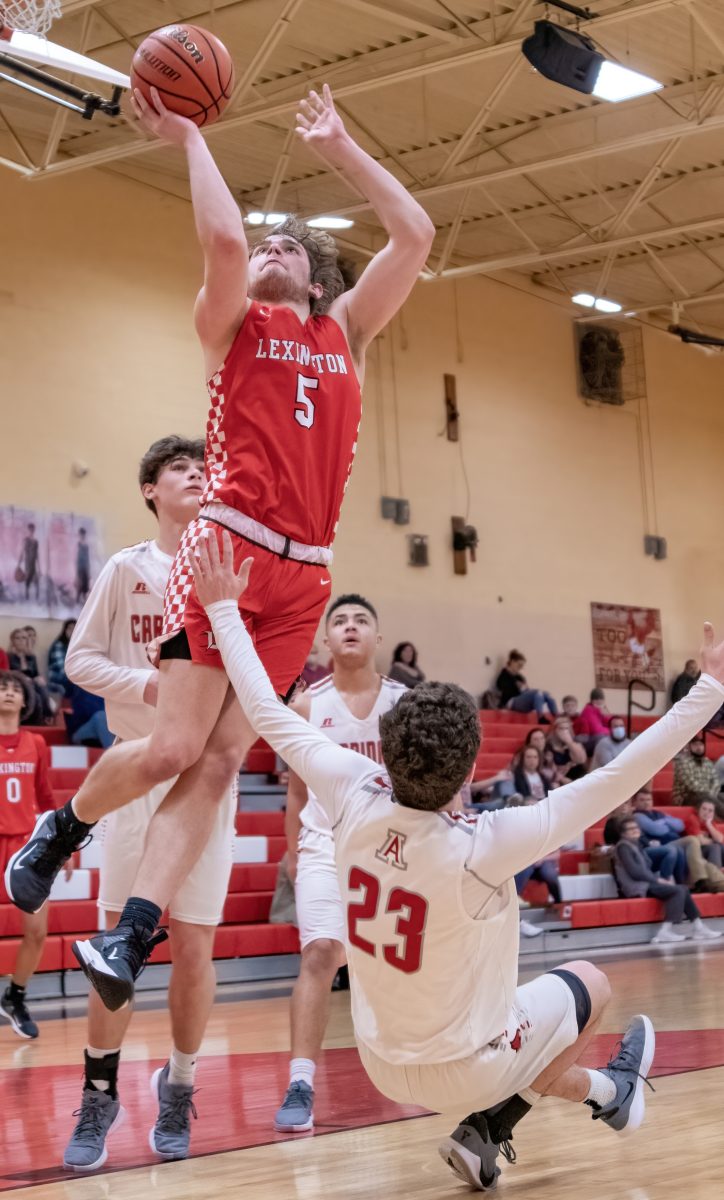 The Tigers made their way to Jackson last Tuesday night, January 19, to take on what some might call an unstoppable team. Lexington would head to South Side High School and face off against the Hawks. Knowing this team would bring their best, LHS couldn’t match-up with them on the night. In the end, the Tigers would fall at South Side, 84-42.

After the game, Coach Runyon shared, “It is a blessing to have the #1 team in the state in your district. To be the best you have to beat the best and we just aren’t there yet, but we are going to be there because our kids are working so hard.”

Lexington was led in scoring on the night by Michael Leslie, who would account for 18 points in the game. Wyatt Davis would score 8 points for the Tigers and Tristin Roberts added another 5 points. Caleb Gorden had 4 points in the game and Rocky Hurley collected 3 points for Lexington. Both Rodarius Transor and Tanner Neisler would score 2 points each, while Clay Shannon rounded out the scoring for LHS by netting a point for the Tigers. Runyon went on to state, “Mike played great tonight. He competed and played tough all game.”

LHS wasn’t able to have much success at all from the free-throw line in this game. Lexington was 4 of 20 on their free-throw attempts against South Side High School. The Tigers did connect on four successful 3-point shots and also made another 12 two-point baskets in the game. Coach Keith ended with, “They just flat out wore us out tonight.”

The Tigers scored 9 points in the first quarter and followed that by scoring 13 points in the second quarter before halftime. In the third quarter, LHS was able to…