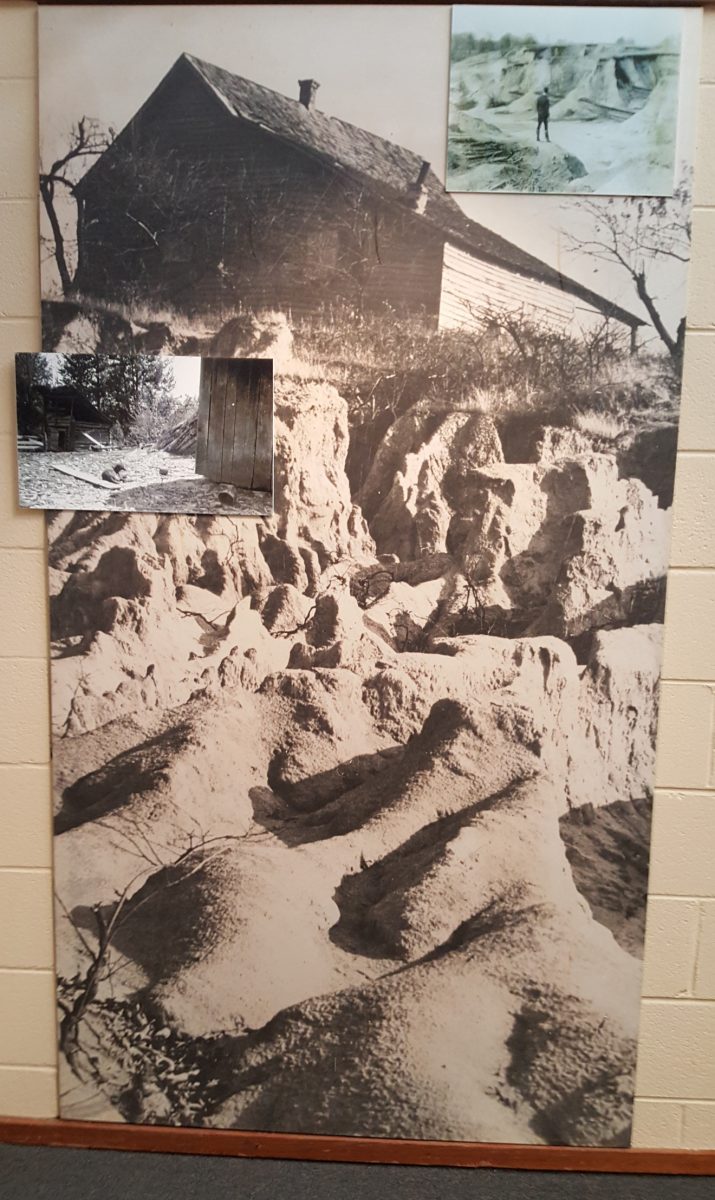 The museum are at Natchez Trace State Park displays pictures of the Old Notchey, an alternative West Tennessee route to Nashville, Tennessee.
Photo by: W. Clay Crook / The Lexington Progress

If you haven’t visited the museum area at the Natchez Trace State Park office building, then make a point to put it on your list. The western spur of the Natchez Trace, also called the Glover’s Trace or the Old Notchey, was an alternative West Tennessee route of the main trace that went from Natchez, Mississippi, through Middle Tennessee to Nashville. This western spur went through Henderson County and ended at a spot in West Tennessee across the river from the New Johnsonville area. In those days, there was a place to cross and a ferry at a spot called Reynoldsburg.

The route was used at least twice by troops raised by Andrew Jackson during the War of 1812 to return home and was federally surveyed by a group in 1816, who widened the Native American trail, and placed mile markers along the route. The museum has a facsimile of the 1816 survey on one of the walls.

The museum also offers other information from the old trace days through the construction of the park, along with…