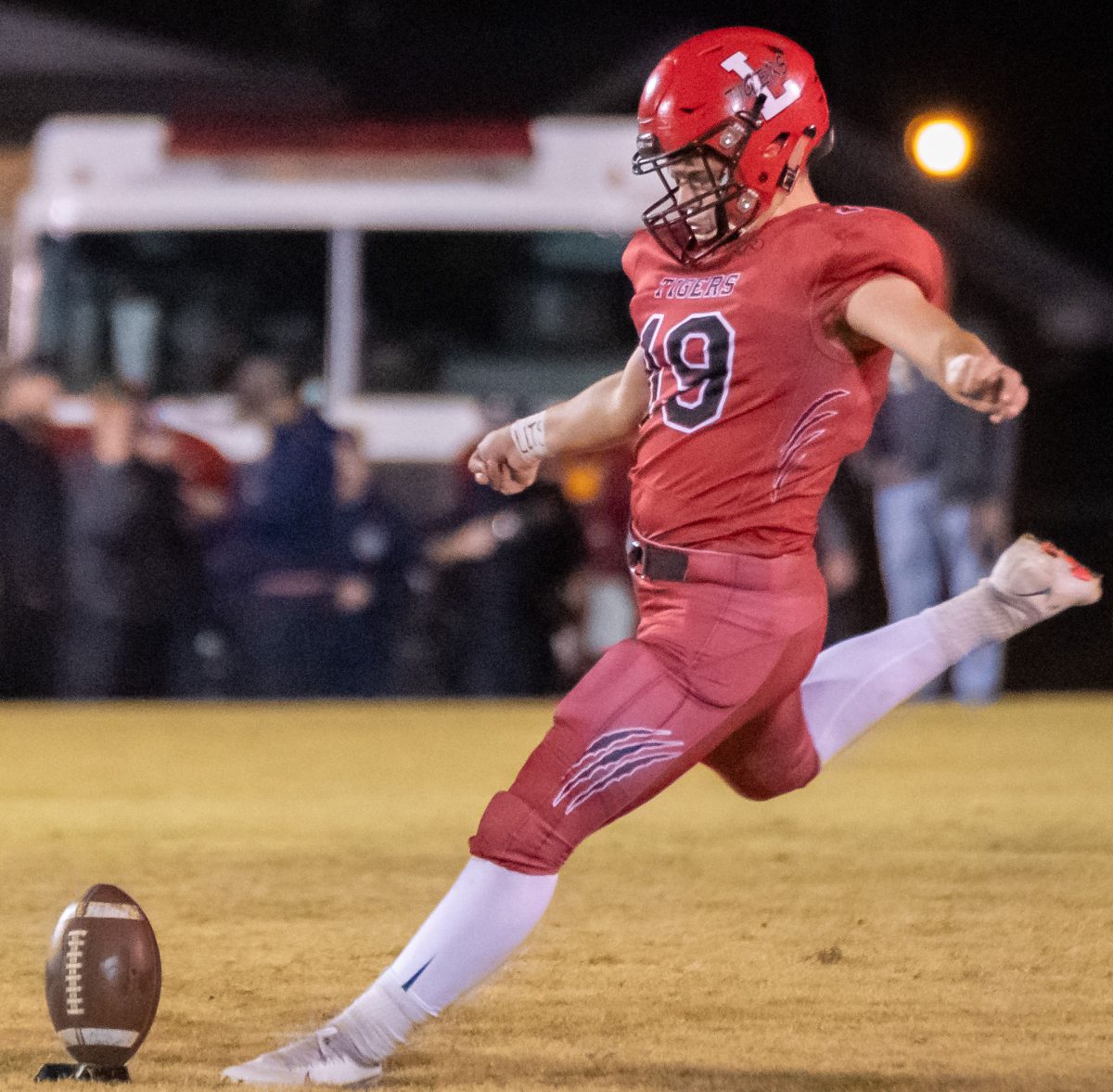 Connor Wood, kicker for Lexington High School Football, was recently named a a semifinalist for the Mr. Football Kicker of the Year Award.
Photo by: Jared James / The Lexington Progress

The Tennessee Secondary School Athletic Association will present the Tennessee Titans Mr. Football Awards to the top football players in each of the nine classifications. This ceremony will take place on December 8, 2020 at Nissan Stadium, in Nashville, Tennessee. Also, the top kicker in the state will be recognized at this event with a Mr. Football Award, no matter what classification they are in.

There have been five semifinalists announced for each class in a TSSAA release and the association has released the semifinalists for the Kicker of the Year, as well. The three finalists in each category will be released by Mike Keith on November 17, 2020 at 11:00 a.m. The finalists that are announced will be invited to the awards luncheon at Nissan Stadium, where the winner will be announced.

Lexington’s own, Connor Wood, has been named as one of the five semifinalists for Kicker of the Year. Connor has had a strong season for the Tigers this year and is looking forward to continuing the deep playoff run many in west Tennessee think is ahead of the team. Connor has had a very busy past week with being named as a semifinalist on the list and also has…

For complete coverage, see the November 11th edition of The Lexington Progress.