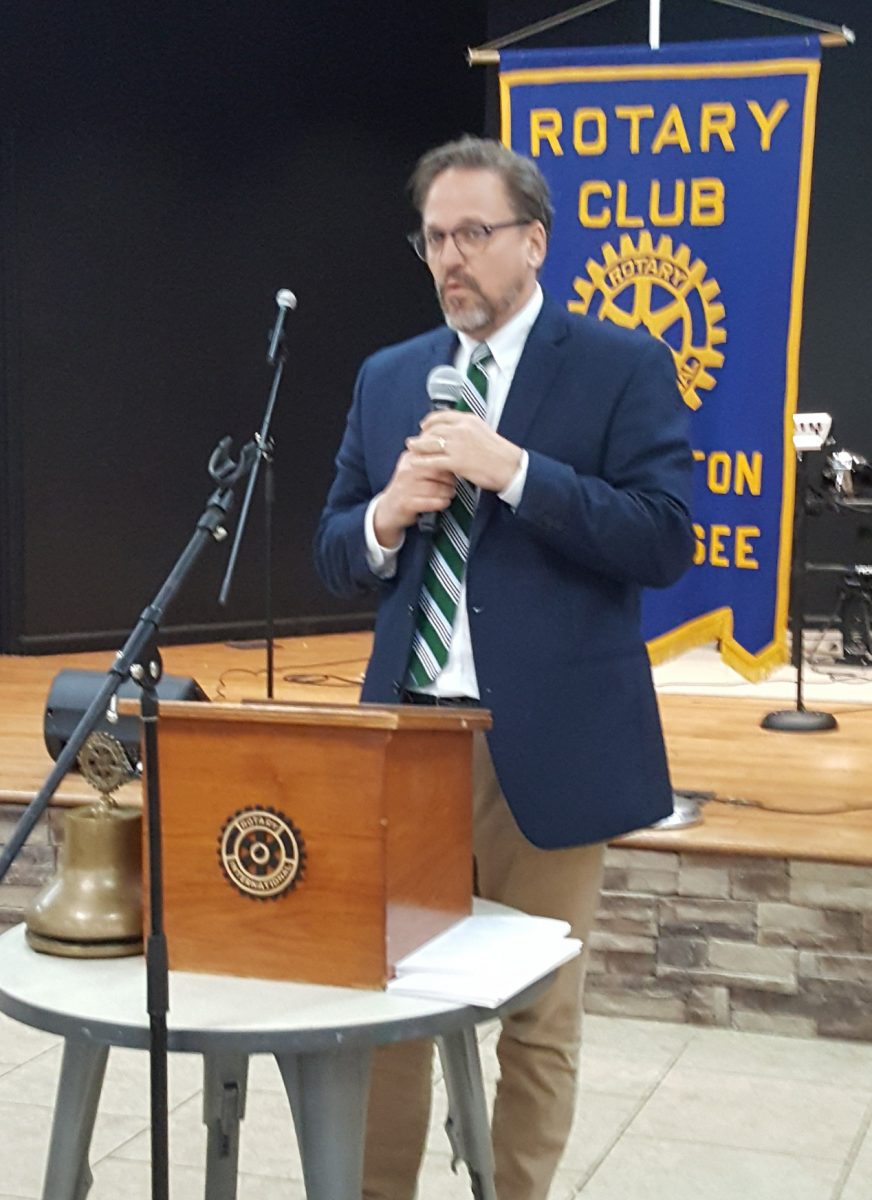 Mr. Scott Williams, President and CEO of the Discovery Park of America, was the guest speaker at the March 17, 2020 Lexington Rotary Club meeting.
Photo by: W. Clay Crook / The Lexington Progress

The special guest speaker for the March 17, 2020 Lexington Rotary Club was Mr. Scott Williams, President and CEO of the Discovery Park of America. He was raised in Memphis but both sides of his family going back to the 1830’s were from Haywood County.

He originally worked for Elvis Presley Enterprises and took a position for a number of years in Washington, D.C. and came back to his roots in West Tennessee with the Discovery Park of America.

The park was founded by Robert Kirkland, a local philanthropist who wanted to leave a lasting legacy for the people of West Tennessee. He advertised for interest in a cultural center and over 250 people showed up and committees were formed for the different museum topics.

These ideas were taken to the professionals who designed the museum and Kirkland spent over $100 million dollars in building the complex. It opened six years ago and there have been…

For complete coverage, see the March 25th edition of The Lexington Progress.