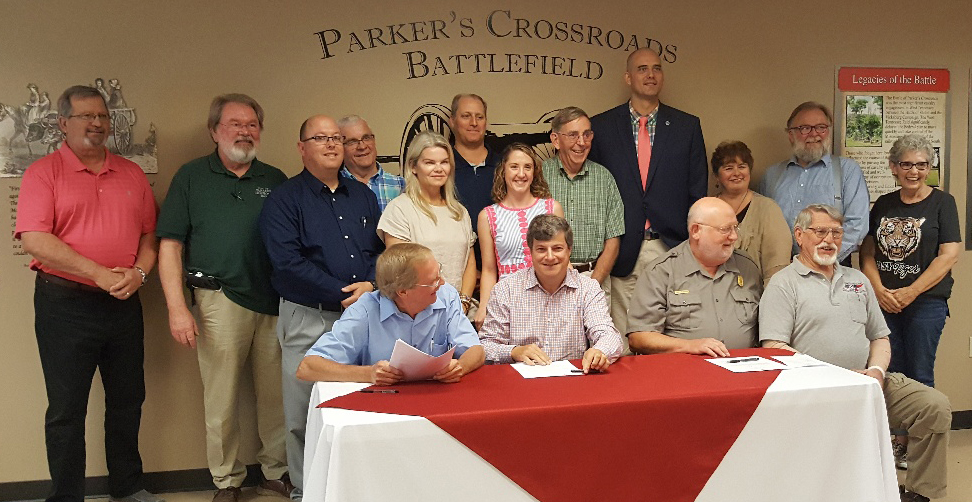 Parkers Crossroads Battlefield was made an affiliated site with the National Park Service on September 6, 2019.
Photo by: W. Clay Crook / The Lexington Progress

Friday, September 6th was a signature day in the history of the Parkers Crossroads battlefield, as Superintendent Dale Wilkerson with Shiloh National Military Park and Executive Director E. Patrick McIntyre of the Tennessee Historical commission joined with Parkers Crossroads Mayor Kenneth Kizer to make the battlefield an affiliated site with the National Park Service.

“There are only twenty-five National Park Service affiliated sites in the U.S., one of them being Jamestown, so that should give you some idea of the magnitude of today’s event,” Wilkerson said. The signing was held at the Parkers Crossroads Visitor’s Center, which overlooks the main part of the battle which occurred on December 31st, 1862. “This has been a long time in coming,” said former State Representative Steve McDaniel, who was the…