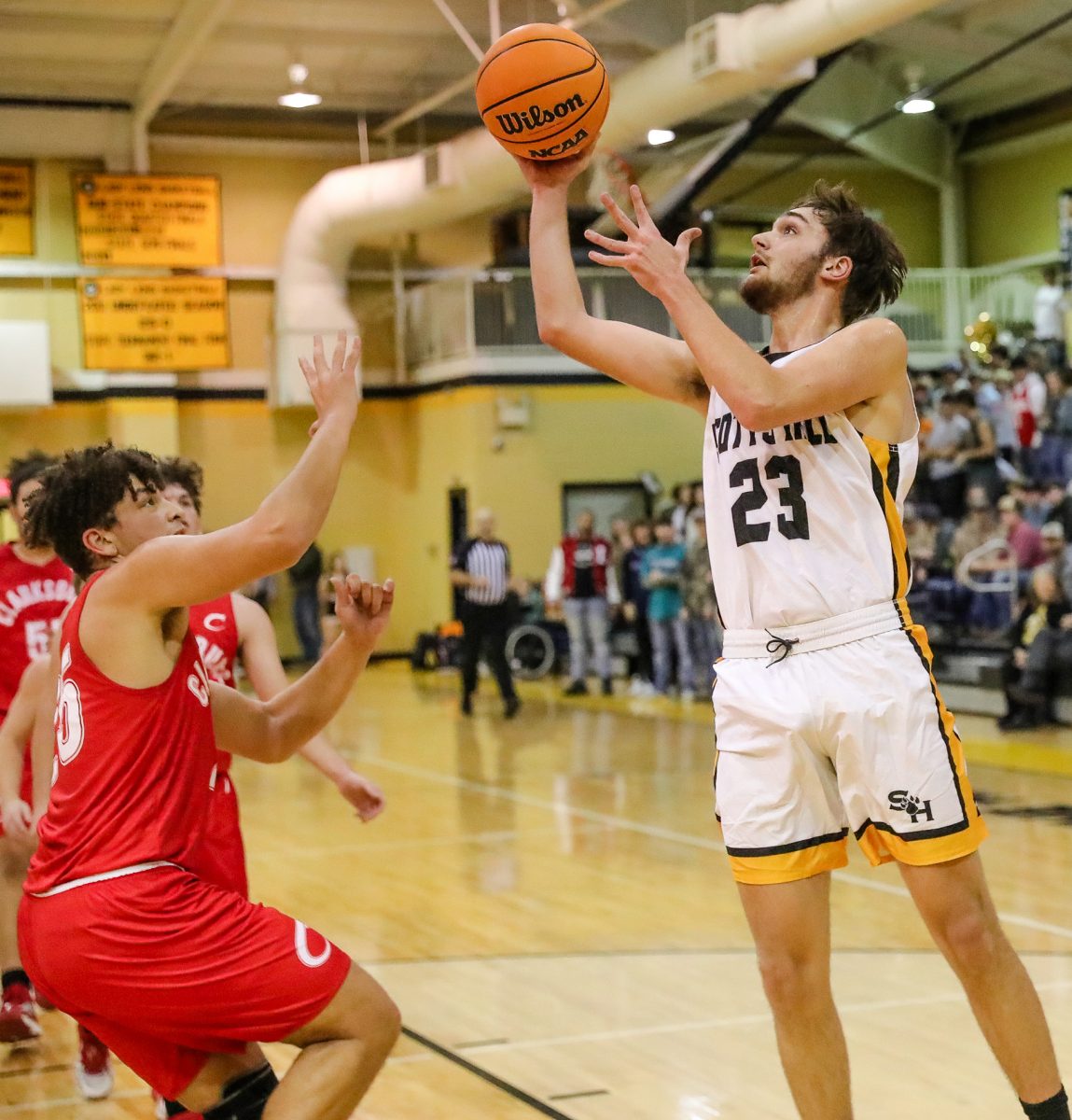 After winning their last two contests, the Scotts Hill Lions basketball team was looking to make it three in a row. The Lions made their way to Clifton, Tennessee to take on Frank Hughes High School on Monday, December 5, 2022. Scotts Hill took an early lead in the game and never relinquished it as the Lions took the win on the night in Clifton. Scotts Hill rolled to their third consecutive victory by beating Frank Hughes by a final score of 68-42.

Scotts Hill was able to post 11 points in the first quarter and held Frank Hughes High School to only recording four in the opening quarter. In the second quarter, the Lions added another 19 points to their total. Frank Hughes was able to record 11 points in the second quarter, as well. At halftime, the score was 30-15. In the third quarter of play, Scotts Hill netted another 18 points of their own and held their opponent to only scoring 13 points in the quarter. The fourth quarter saw Scotts Hill have their best offensive scoring quarter of the game. The Lions were able to record 20 points before time ran out and Frank Hughes only posted 14 points in taking the defeat.

The leading scorer for the Lions in the game was a familiar name for Scotts Hill. Luke Ledbetter posted 22 points in the win. Hayden Smith followed him in scoring with 18 points of his own and Connor Maness netted 12 points for the Lions. Riley Jowers finished the night with eight points and both Kaden Hildebrand and Ripken Clenny each scored…