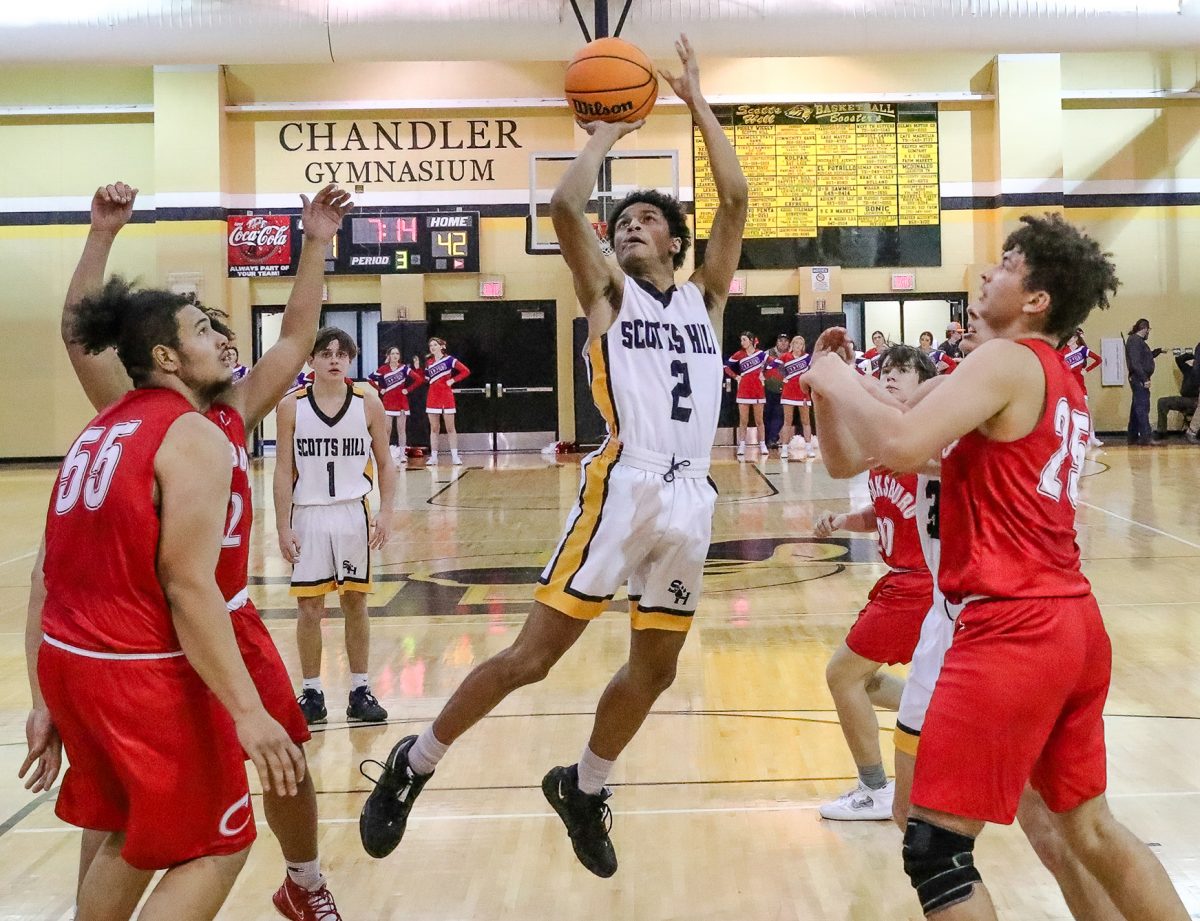 With the high school basketball season having two weeks of play already completed in the 2022-23 season, the Scotts Hill High School Lions basketball team has already started the year off on a successful note. The Lions have a win over Carroll Academy and a loss to McNairy Central before hosting Clarksburg High School last Friday evening, December 2, 2022. Scotts Hill added another win to their season with a lopsided victory over the Rockets. The final score of the contest between the two schools was 73-52, in favor of the Lions.

In the opening quarter of play, the Lions were able to post 17 points and held Clarksburg High School to only scoring five points in the first quarter. Scotts Hill then had their best offensive scoring performance on the night in the second quarter when the Lions added 23 points to the scoreboard. The Rockets recorded 14 points in the second quarter, as well. The halftime score stood at 40-19, with Scotts Hill leading. After halftime, the Lions were able to record 18 points and also gave up 18 points to the Clarksburg Rockets, as well. The final quarter of play was much aligned with the third quarter as each team posted 15 points each in the fourth quarter, as Scotts Hill went on to take the big win on the night.

The leader in points scored for the Lions on the night was Luke Ledbetter. He recorded 28 points to lead the way for Scotts Hill. Hayden Smith, Malachi Johnson, Ripken Clenny, and Carson Liles all scored eight points apiece in the game for the Lions. Brady Beecham added five points for Scotts Hill and Alex Chandler finished with four points of his own in the win. Both Riley Jowers and Kaden Hildebrand both scored two points each