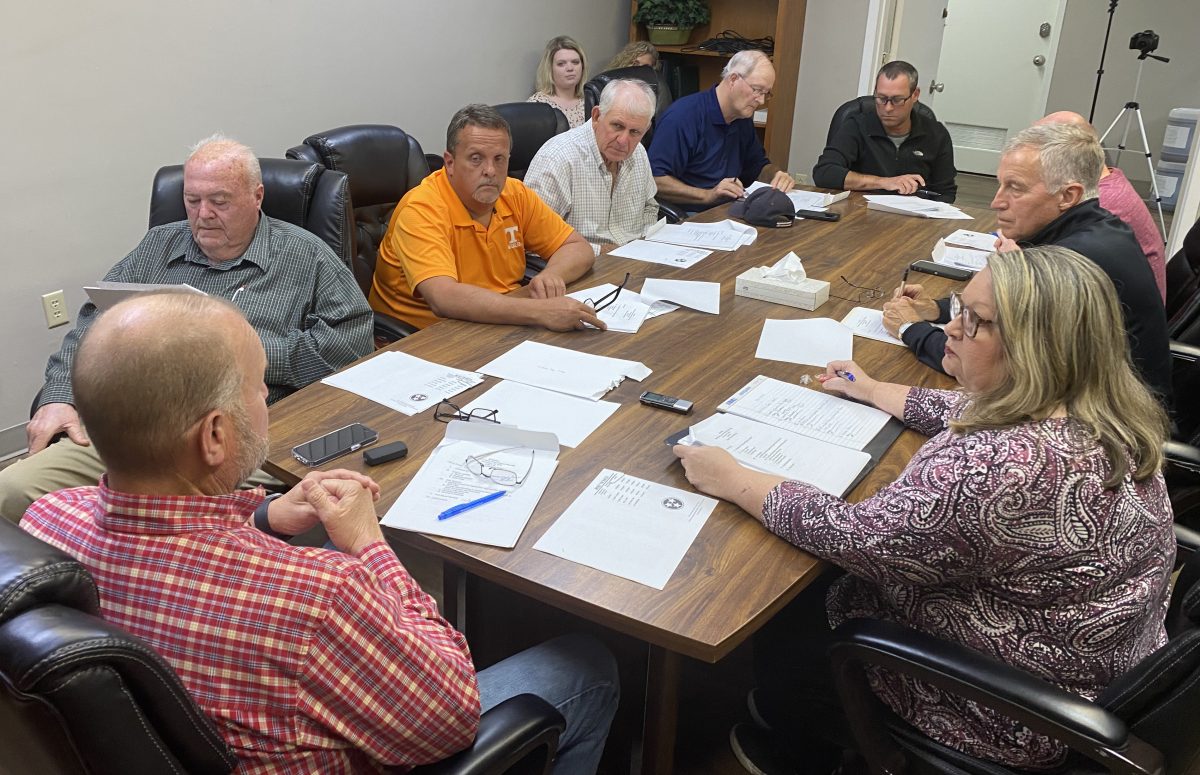 The Henderson County Board of Education discuss the contract with the incoming Director of Schools Danny Beecham, at its November 10th meeting.
Photo by: Steve Corlew / Lexington Progress

The Henderson County Board of Education unanimously approved the contract for a new director of schools, November 10.

The board had agreed to offer Lexington High School counselor Danny Beecham the position last month. He was one of four candidates seeking the position.

Current Director Steve Wilkinson will be retiring in January 2023.

‘I want to thank Mr. Beecham for coming and hopefully we can enter into a contract with him,” board chairman Tommy Gordon said. “He and Mr. (Steve) Wilkinson can continue to guide our system. We have a strong academic standing in the state and we want to keep it that way. That is a credit to you and your administration Mr. Wilkinson.”

“I appreciate the comments, but it has been a team effort,” Wilkinson said.

Gordon discussed the contract with board members noting that the Henderson County School System is behind other systems in director’s compensation.

Gordon said one of the stipulations built in the contract would help remedy that over time. “

“If any personnel in the system gets raises, the director will…

For complete coverage, see the November 16th edition of The Lexington Progress.