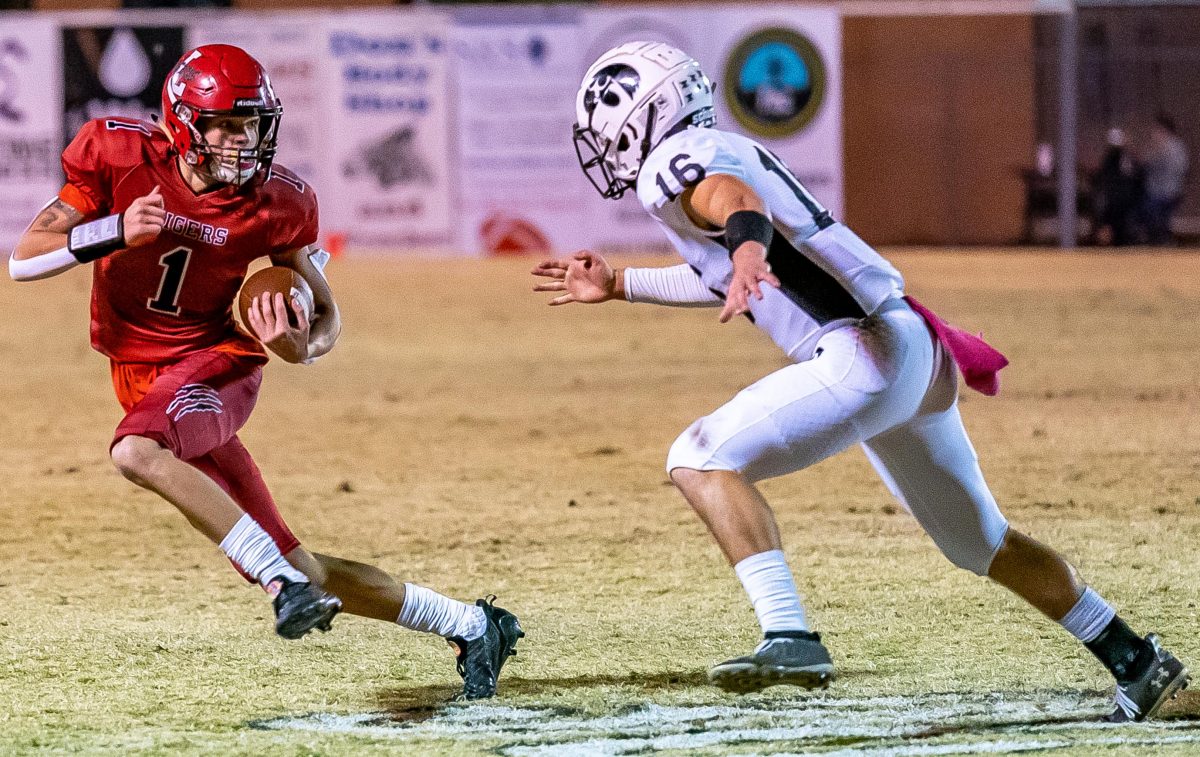 The Lexington High School Tigers football team has been on a recent hot streak on the field as the Tigers have won five straight games heading into their regular season finale last week. Lexington welcomed Jackson South Side to Tiger Field on Friday, October 28, 2022. This was the final regular season game of the 2022 season for the Tigers. LHS added another victory, for six straight wins, to close out regular season play. Lexington was victorious over South Side by a final score of 41-0.

The Tigers put up 14 points on the scoreboard in the first quarter and added another six points in the second quarter. Lexington led at halftime by the score of 20-0. Then, in the third quarter, the Tigers scored 14 more points and reached the endzone once in the fourth quarter as the team cruised on the evening to take the win. Lexington kept South Side from scoring the entire game.

Lexington ran a total of 54 plays in the game and collected 400 total yards against the Hawks. The Tigers accumulated 60 yards through the air and secured 340 yards in their rushing attack. LHS collected 17 first downs in their win that evening. The Tigers went 3 of 9, or 33%, on third down conversions and were a perfect 5-5 on fourth down efficiency. Lexington did commit one turnover, via fumble, and had four penalties for 10 yards in the win.

Ethan Jowers finished the night for the Big Red Tigers by going 8 of 11 in passing that recorded 60 yards. His longest reception was for 14 yards against South Side. Jakob Davis attempted one pass in the game but it fell incomplete.

In the rushing attack for Lexington on the night, a familiar name for the Tigers sat atop the list. Isiah McClaine carried the ball 21 times for the Tigers and recorded 203 rushing yards. He secured three touchdowns in the win and his longest run was for 65 yards. Ashton Hart followed him with six carries of his own that garnered 81 yards and a touchdown for the Tigers. Hart’s longest rushing attempt went for 55 yards. Jakob Davis also had six attempts for 54 yards, his longest coming in at 21 yards against South Side. Ashton Montague had one carry for four yards. Freddy Vega III attempted two rushing carries that…