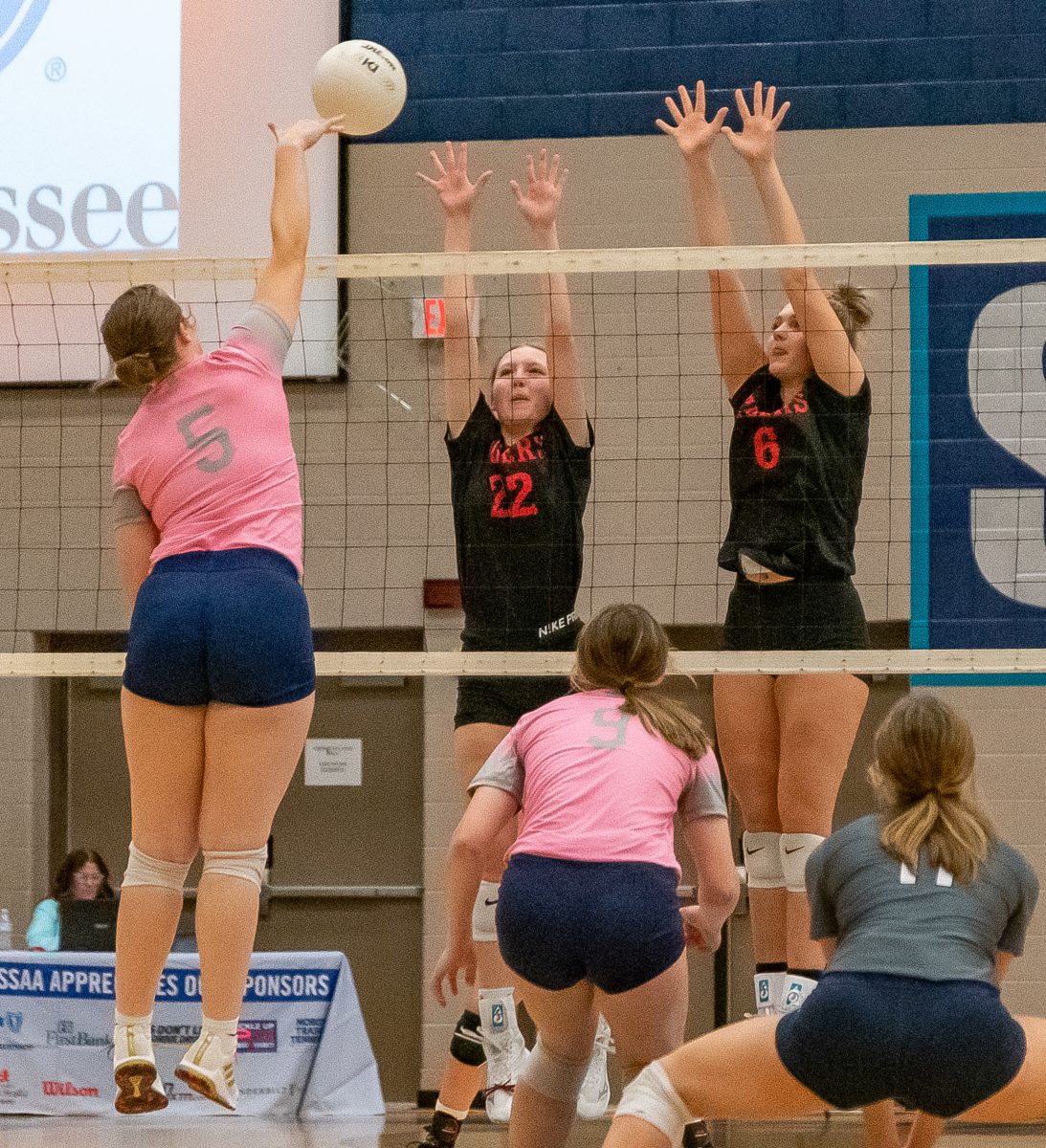 With the Lexington High School Lady Tigers volleyball team heading to middle Tennessee last week to compete in the TSSAA state volleyball tournament, Lexington knew there would be fierce competition to face. The Lady Tigers put forth their best team effort in competing against the state’s best. LHS took on Creek Wood on Tuesday, October 18, at Siegel High School. The Lady Tigers were defeated in three straight sets, 19-25, 23-25, 12-25.

Leading Lexington in assists was Kylie Atchison, who recorded 31 against Creek Wood. Ellie Smith led the team in kills with 19. She was followed by Stella Huber, who collected six kills of her own. Kenzie Reeves finished with five kills and both Kylie Atchison and Aubrey Hart secured one kill each.

Three Lady Tigers teammates were atop the list in blocks with one each. Aubrey Hart, Kenzie Reeves, and Ellie Smith were the team leaders for Lexington.

Emmy Corbitt led the way in digs in the loss with 18. Ellie Smith collected 12 and Kenzie Reeves finished with nine. Kylie Atchison recorded seven digs, while Taylor Maness and Jenna Odle each had four. Stella Huber secured one dig and Aubrey Hart followed her with one dig for Lexington, as well.

The duo of Kylie Atchison and Stella Huber led in aces for Lexington with one each. The service point leader for the Lady Tigers was Stella Huber. She collected…