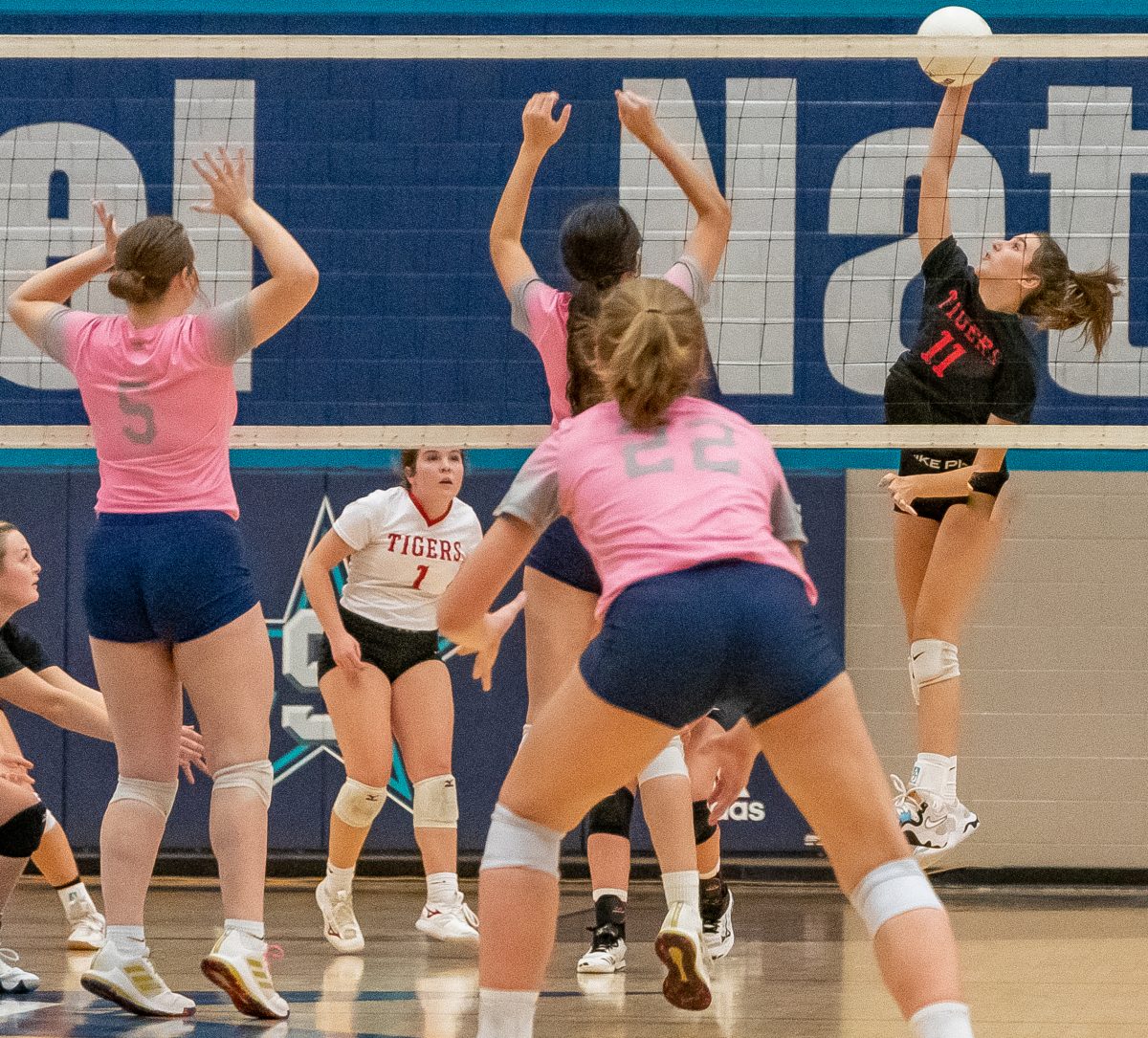 Facing a must-win match in the 2022 TSSAA state volleyball tournament, Lexington had to bring everything to the net in their second game of tournament play against Tennessee High School. The Lady Tigers lost their first match-up in the tournament against Creek Wood. Lexington started out on the right track but were not able to sustain the success in the match. The Lady Tigers took the loss to Tennessee High School in four sets, 25-23, 17-25, 22-25, and 16-25.

Kylie Atchison, a senior on the team, led Lexington in assists with 27. Both Kenzie Reeves and Ellie Smith each had three assists in the match. Emmy Corbitt would record two assists as well.

In kills, Lexington was led by Stella Huber and Ellie Smith. Each Lady Tiger recorded 13 kills. Kenzie Reeves collected four kills and Aubrey Hart followed her with one kill of her own.

Three teammates led the Lady Tigers in blocks with three each. Those members were Kylie Atchison, Stella Huber, and Ellie Smith. Kenzie Reeves collected one block for Lexington against Tennessee High School.

Emmy Corbitt displayed the team’s best effort in digs with 34. She was followed by Kenzie Reeves, who had 18 digs and Ellie Smith who collected 11 digs in the loss. Aubrey Hart, Stella Huber, and Taylor Maness each had four digs apiece. Jenna Odle finished with…