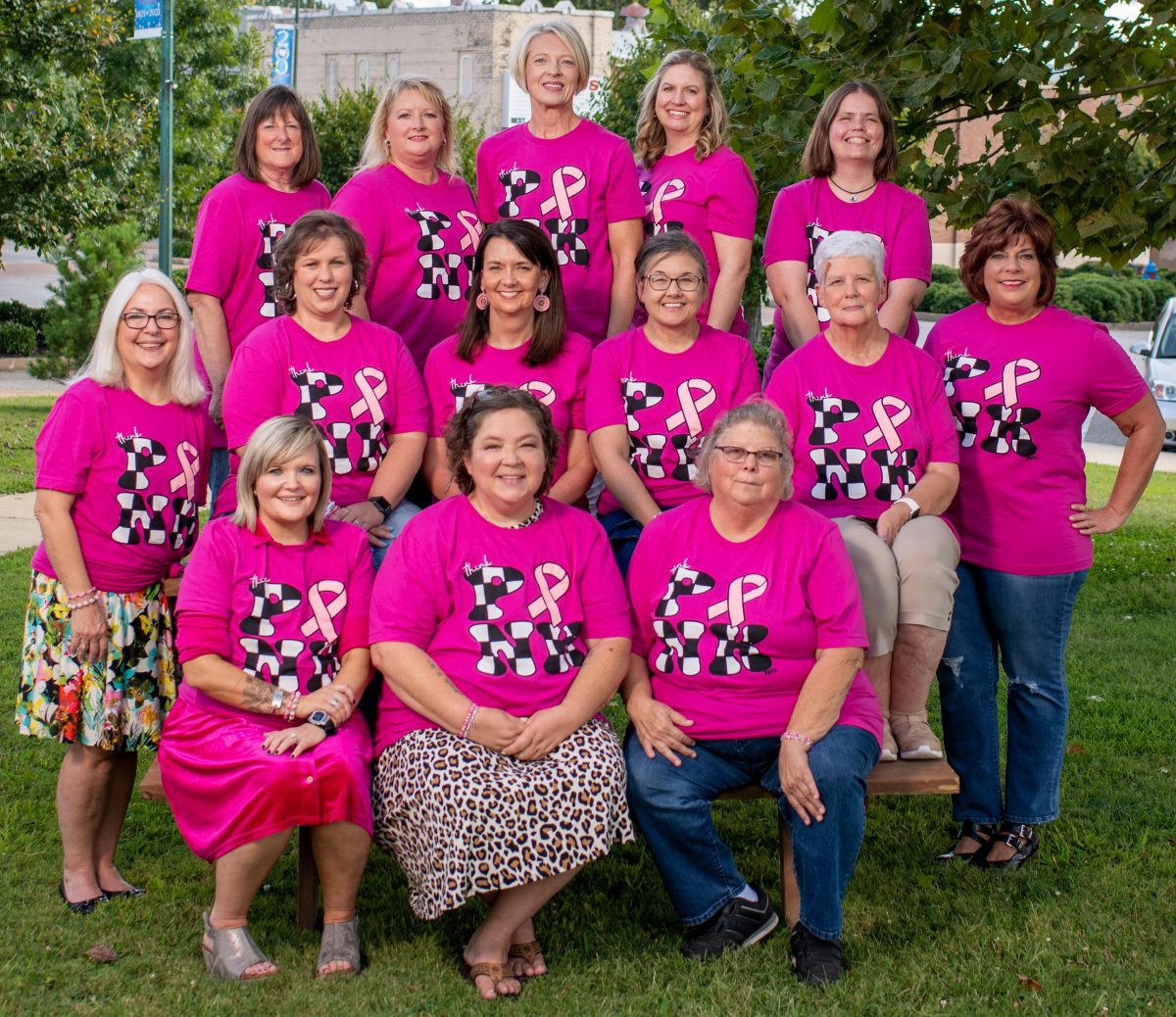 Breast Cancer Awareness should not end as the month of October ends, we should be aware of it daily and year around.

The Pink Ribbons should be a constant reminder that cancer can strike anyone at anytime. Breast cancer can affect both men and women.

One local businesswoman, Monica Sowell, recently hosted 15 breast cancer survivors. They shared their stories, tears and laughter. Sowell called them, “Some of the greatest warriors I have ever met.”

“One of these women found out in the middle of Covid that she had breast cancer, and then lost her husband within months of her being cancer-free,” Sowell, who owns The Paisley Peacock, said. “One woman had to have 13 reconstructive surgeries to fix her issues.”

“Two of the women present were mother and daughter. The mother is cancer free now, but walking with her daughter through her double mastectomy and chemo,” Sowell said.

Among those who told their story was Kelli Beth Deere who urges everyone to get a yearly mammogram.

“I would not have known anything was wrong with me if it were not for a mammogram,” Deere said. For Deere, breast cancer ran in her family. Her grandmother had breast cancer and her maternal great aunt passed away from breast cancer. So at 35, she started yearly mammograms at the recommendation of her OBGYN, Dr. Lisa Rogers.

In January 2019, at the age of 41, something was detected on her scan. Dr. Rogers suggested a follow-up mammogram and ultrasound. A follow-up biopsy was ordered. Unfortunately the results showed some suspicious cancerous cells, but her doctor thought they could be taken care of with a lumpectomy. In 2019, Deere had two surgeries. It wasn’t clear if the first surgery had removed all the cancer. Luckily the cancer had not spread into her lymph nodes and a second surgery was successful.

“After the second lumpectomy, I received the wonderful call that I was cancer free,” Deere said. She would then receive her post surgery treatment.

“I am now three and a half years from my first diagnosis and doing great!” Deere stated. “I was released last year from being a patient at the Kirkland Cancer Center. I am very thankful for my precious family and friends and give all the glory to the Lord.”

For Dawn Phillips, her journey was more dramatic. She discovered her cancer by accident. In 2017, Bubba, her Himalayan cat jumped on her for his usual snuggle, but when he stepped on her right breast, Dawn screamed in agony.

She did a self examination and thought she felt something. Her husband also thought he felt something and she kept a watch on it to see if she noticed any changes. So after a month, she…