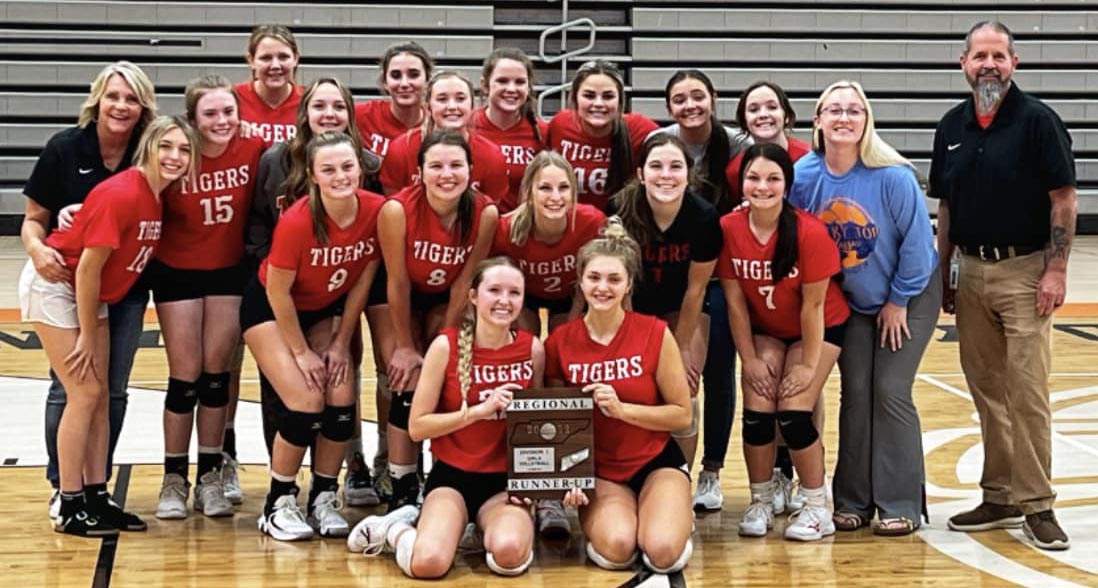 Making their way to the region 7AA championship game last Tuesday evening, October 11, 2022, the Lexington High School Lady Tigers volleyball team took on a very competitive squad in Dyer County. The Lady Tigers had beaten Milan earlier in the week to advance to the championship game. Lexington got off to a hot start against Dyer County but could not sustain the advantage over them and eventually fell in four sets. The final scores of the matches were 25-9, 19-25, 25-21, and 17-25, in favor of Dyer County High School.

The Lady Tigers were led in assists by Kylie Atchison. She recorded 27 on the night. Kenzie Reeves collected five assists and both Hadley Corbitt and Ellie Smith finished with one assist each.

Ellie Smith would lead her team in kills with 20. Stella Huber recorded seven kills of her own and Kylie Atchison secured six for Lexington. Kenzie Reeves finished the evening with four kills and Aubrey Hart earned one for the Lady Tigers. Smith also led the Lady Tigers in blocks with one.

The team leader for digs against Dyer County was Emmy Corbitt, who finished with 22. Kenzie Reeves recorded 15 digs and…