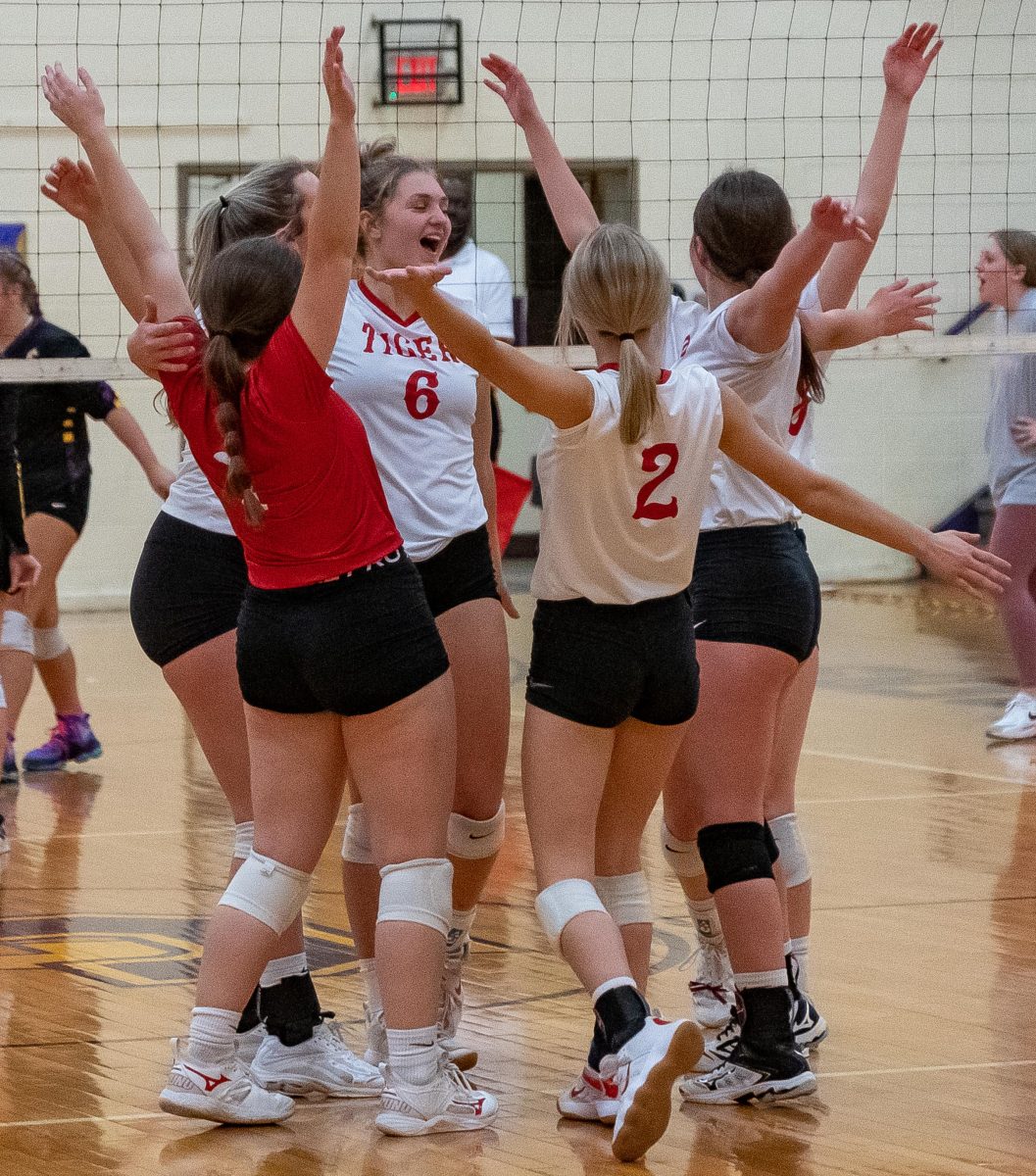 In a game that was played on the road last Thursday evening, October 13, at Covington High School, the Lady Tigers knew there was only room for one team to advance to the state tournament being held this week in Middle Tennessee. Lexington had to travel to play Covington High School in their sub-state game after finishing runner-up in their region. The travelling didn’t cause any harm for Lexington, as the Lady Tigers went on to win their match over Covington in three straight sets, 25-15, 25-21, and 25-12.

Leading the team in assists was Kylie Atchison. She finished the match with 38. Emmy Corbitt, Taylor Maness, and Kenzie Reeves each had two assists for Lexington. Ellie Smith recorded one assist as well.

Ellie Smith would lead the Lady Tigers in kills with 19. Following her was Stella Huber who collected 12 kills. Kenzie Reeves accounted for eight kills and Kylie Atchison had four on the night. Aubrey Hart would record three kills for Lexington in the win, also.

Four teammates helped lead the Lady Tigers in blocks. Aubrey Hart, Stella Huber, Kenzie Reeves, and Ellie Smith each had one block in the win over Covington.

Smith led the team in digs with 22. She was followed by Emmy Corbitt with 14. Both Kylie Atchison and Kenzie Reeves had…