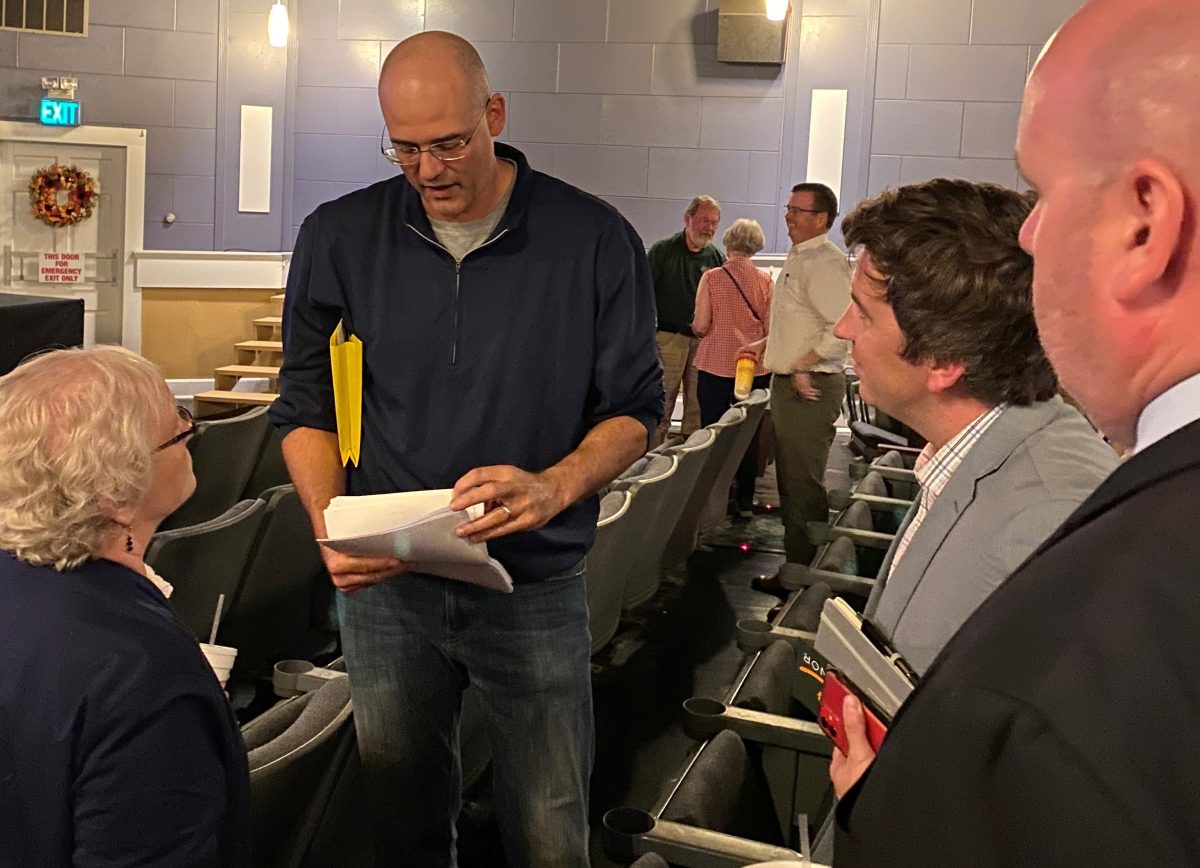 Republican Representative Kirk Haston reviews legislation as he campaigned in Henderson County, October 10, 2022. Haston represents the 72nd District. Brock Martin, who is the Republican nominee for the 79th District and Ed Jackson III, the district director for Congressman David Kustoff listen to Haston.
Photo by: Steve Corlew / The Lexington Progress

Candidates for both parties were in Henderson County recently as early voting nears for the November state-wide election.

On Monday, October 10, 2022, the Henderson County Republicans turned out to see their candidates at the Princess Theater.

On the previous Friday, Democratic candidates for governor Dr. Jason Martin and 79th District challenger were at the Henderson County Courthouse, greeting their supporters.

Both parties were urging their side to get out to…