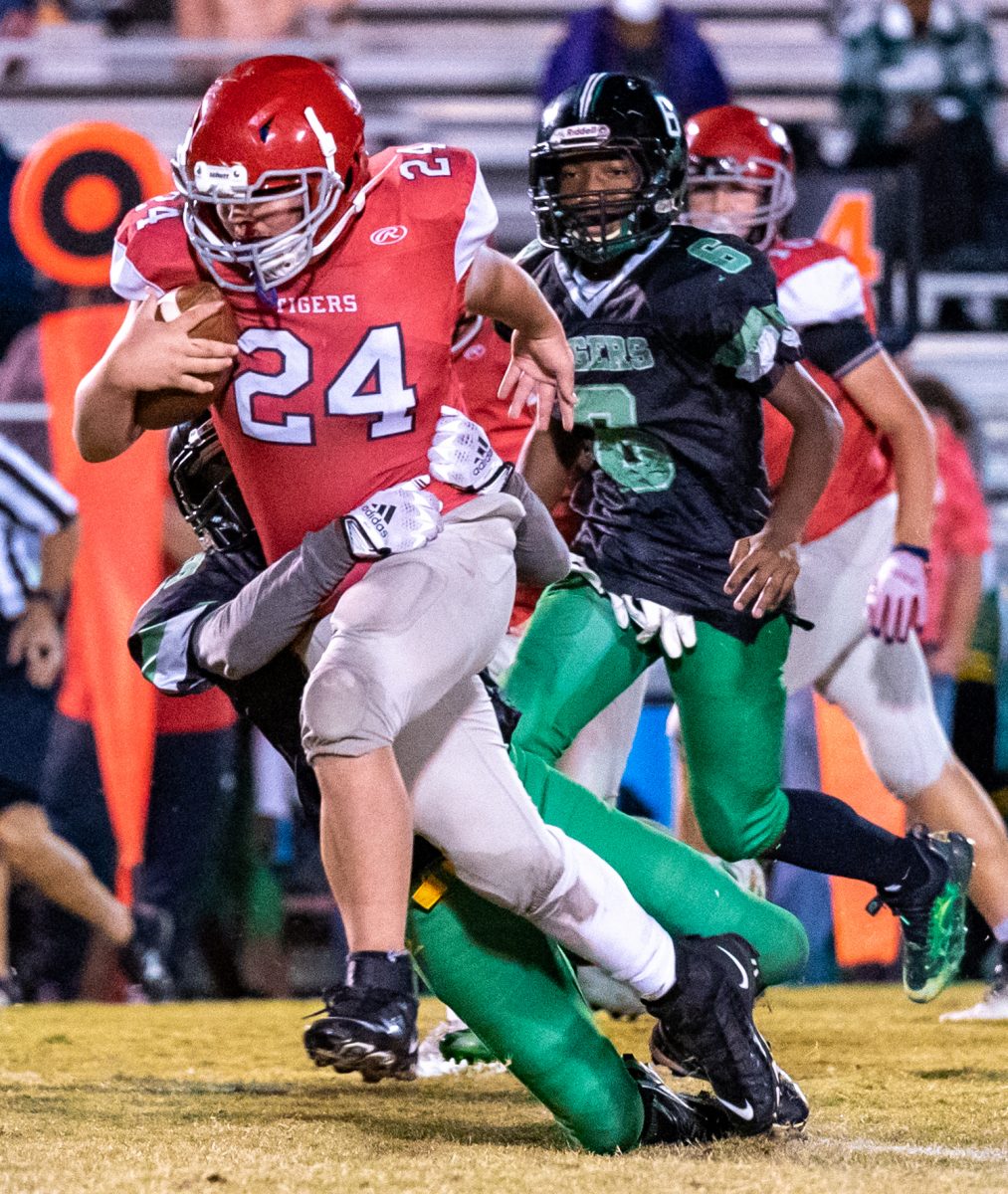 Last Thursday evening, September 29, the Henderson County North Tigers football team took to the field for the final game of the year. The Tigers welcomed Bolivar Middle School to their home field and went up against some quality competition on the night. In a battle between the two schools that would be throughout four quarters, it was the Henderson County North Tigers football team that came out on top. HCN took the win over Bolivar Middle School by the final score of 8-6.

The Henderson County North Tigers hosted the Tigers from Bolivar Middle School Thursday night in a battle that would go down to the wire. HCN received the ball first and went on a 15-play drive, methodically moving the ball as the team ate up the entire first quarter of play. The Tigers scored on a run by Hemi Finch, then Jonathan Pritchard found Aiden Seaton for the successful two-point conversion.

Bolivar Middle School answered with a 69-yard drive of their own, but Pritchard put an end to the Tigers drive by stripping the ball from Bolivar’s quarterback on the 2-yard line. Casen Maness jumped on the ball and recovered the fumble.