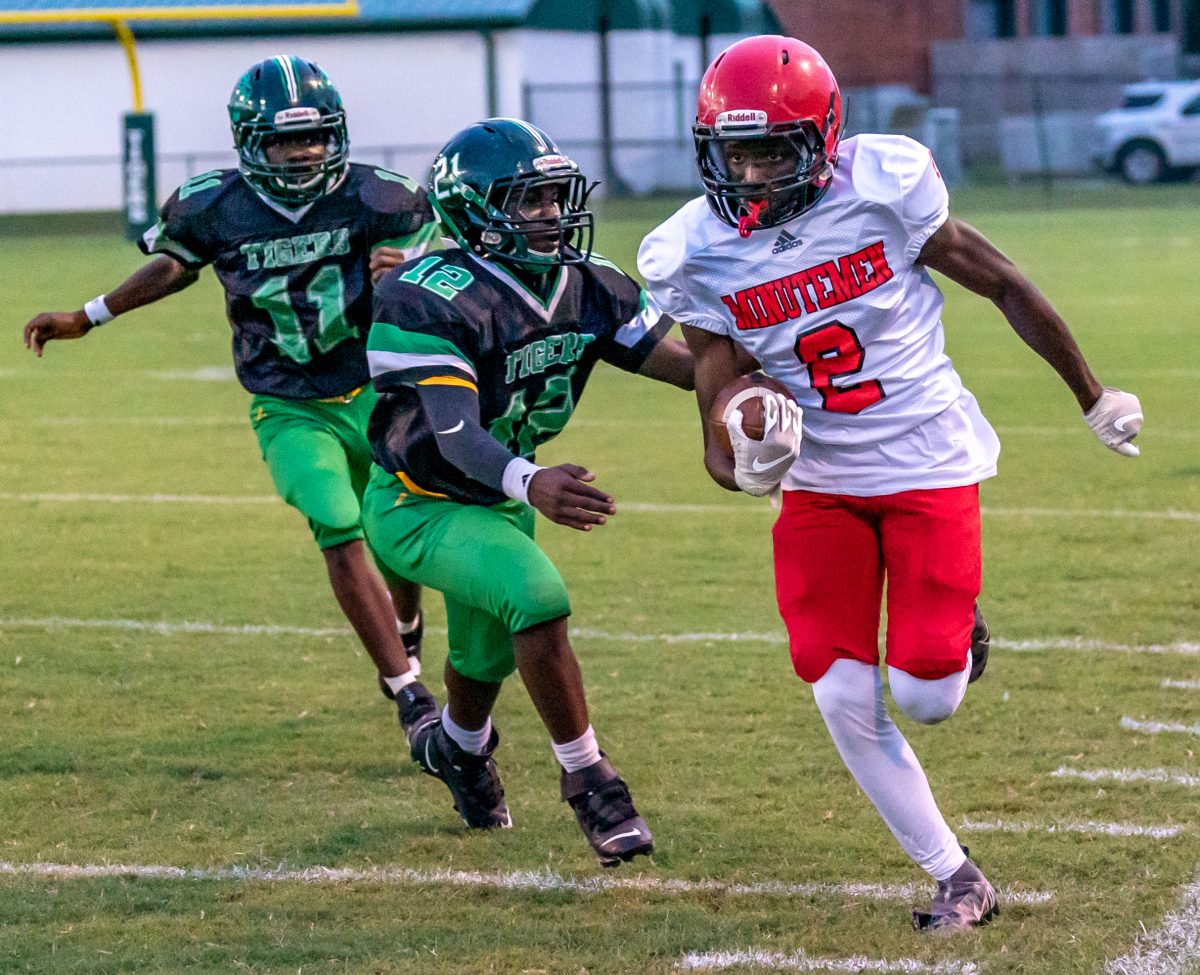 Lexington Middle School was on the road last Thursday, September 22, as the Minutemen headed to take on Bolivar Middle. The Minutemen have been displaying very good football in recent games and this matchup was another chance for the team to showcase their athletes. The Minutemen had no problems with Bolivar on the night as LMS notched their fifth win of the season. Lexington Middle defeated Bolivar by a final score of 36-0.

The Minutemen received the opening kickoff and put together a strong drive behind tough runs by Brady McEarl and Elye Pearson. McEarl took a handoff 20-yards for a touchdown to end their first drive and take the lead. Cameron Smith added the successful two-point conversion, and the score was 8-0.

Bolivar then received the ball, but the LMS defense smothered the Tigers and forced Bolivar to go three and out. Lexington then took possession of the football around midfield and were looking to add points to the scoreboard.

Lexington Middle School put together another solid drive to start the possession. This time, Cameron Smith took the handoff at the 20-yard line, going towards the left side of the offensive line and then cut back right through the Tiger defense and made his way into the endzone for the score. Bolivar stopped the Minutemen on the two-point conversion, but Lexington led 14-0.

LMS then kicked off to Bolivar once again and the Tigers took possession of the football. The Minutemen defense would again hold Bolivar and forced the Tigers to a punt the ball back.

The Minutemen then started their next possession at midfield and the offense goes to work. Strong runs by Parker Grant and Cameron Smith set up Lexington at the…