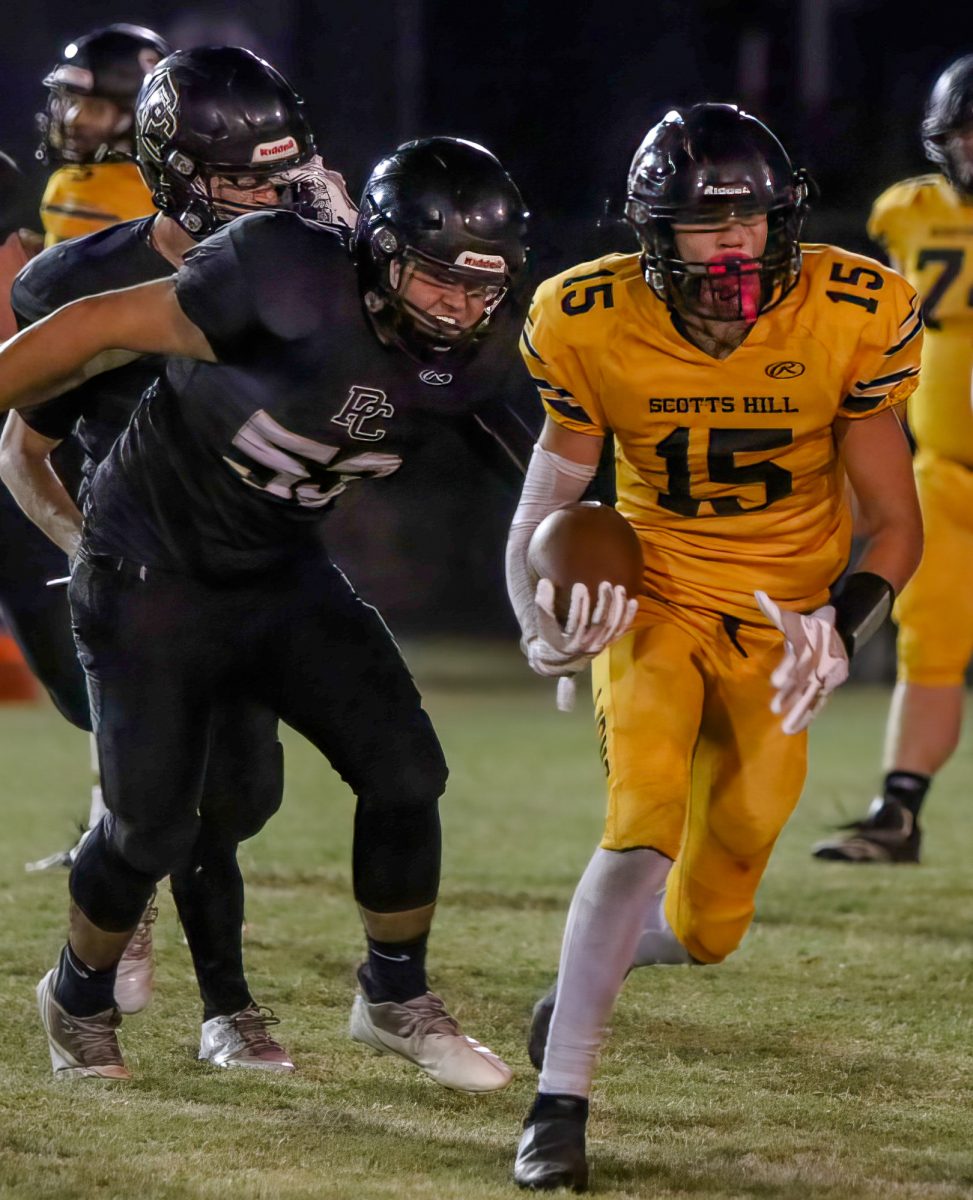 The Scotts Hill High School Lions football team hit the road last Saturday evening, September 24, to make their way to Perry County High School. The Lions came in with one thing on their mind, a win. The night went in favor of Scotts Hill as the team put up an impressive performance. Scotts Hill took the win over Perry County, 40-6.

Kyle Carter was 3 of 7 on the night for the Lions for five yards and he threw one interception. Maddox Derryberry attempted one pass, that was completed for 37 yards for a touchdown.

In the rushing attack, Scotts Hill was led by Noah Clayton who carried the ball six times for 112 yards. Clayton would record a touchdown as well. Jayden Johnson also ran the ball six times and collected 83 yards, with two touchdowns. Corban Messick rushed once for 65 yards and a score and Kyle Carter carried the ball 12 times for 64 yards with one touchdown. Avion Jackson had two rushing attempts for 11 yards and…