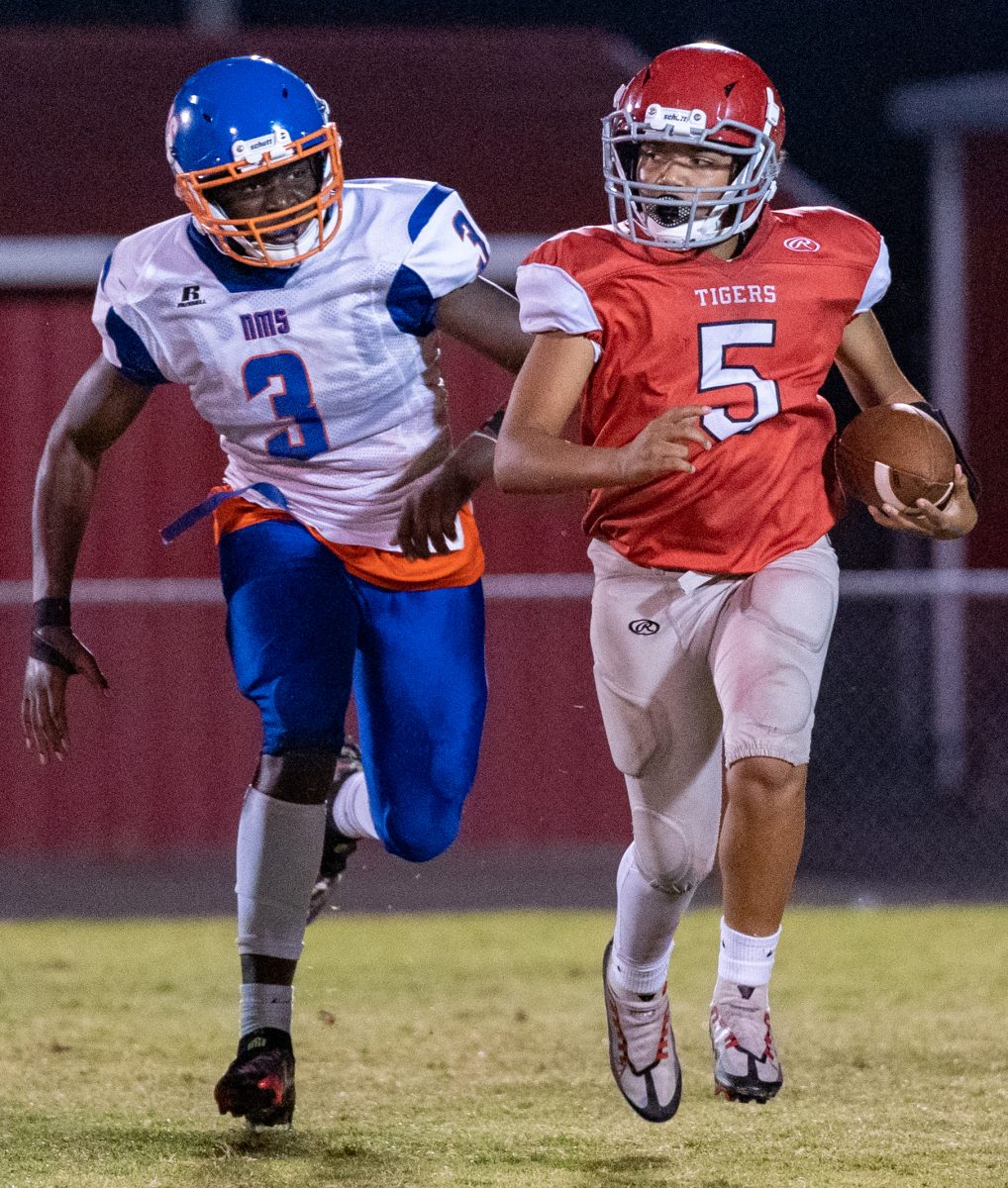 The Henderson County North Tigers traveled to Milan last Tuesday night, September 20, to take on the Bulldogs. The game ended up being a battle from the very beginning. In a tough matchup, the Tigers knew this would be a competitive game and were up for the challenge. At the end of the evening, Henderson County North came out on top over Milan by a final score of 20-14.

Milan received the opening kickoff, and the Tigers defense was able to hold the Bulldogs and forced a fumble, in which Henderson County North recovered, that gave the ball back to the Tigers offensive unit. Henderson County North capitalized on the short field by putting together an impressive scoring drive led by a strong effort from Tigers blockers, and enabled Hemi Finch to run almost untouched to the linebacker level. Finch then scored on a 2-yard scamper and Alex Stowe converted the successful two-point conversion and Henderson County North led 8-0.

The Bulldogs then answered with an impressive drive of their own, scoring and completing the two-point conversion to tie the game. Both teams then went back and forth in the first half playing stout defense and keeping the opposing offense of each team out of the end zone.

Henderson County North received the opening kickoff of the second half and put together a successful drive that ended with a 29-yard touchdown run by Hemi Finch. The two-point conversion was stopped by Milan and the score was 14-8, in favor of the Tigers.

Milan then answered again with another good drive, but Jonathan Pritchard would tackle the ball carrier on…