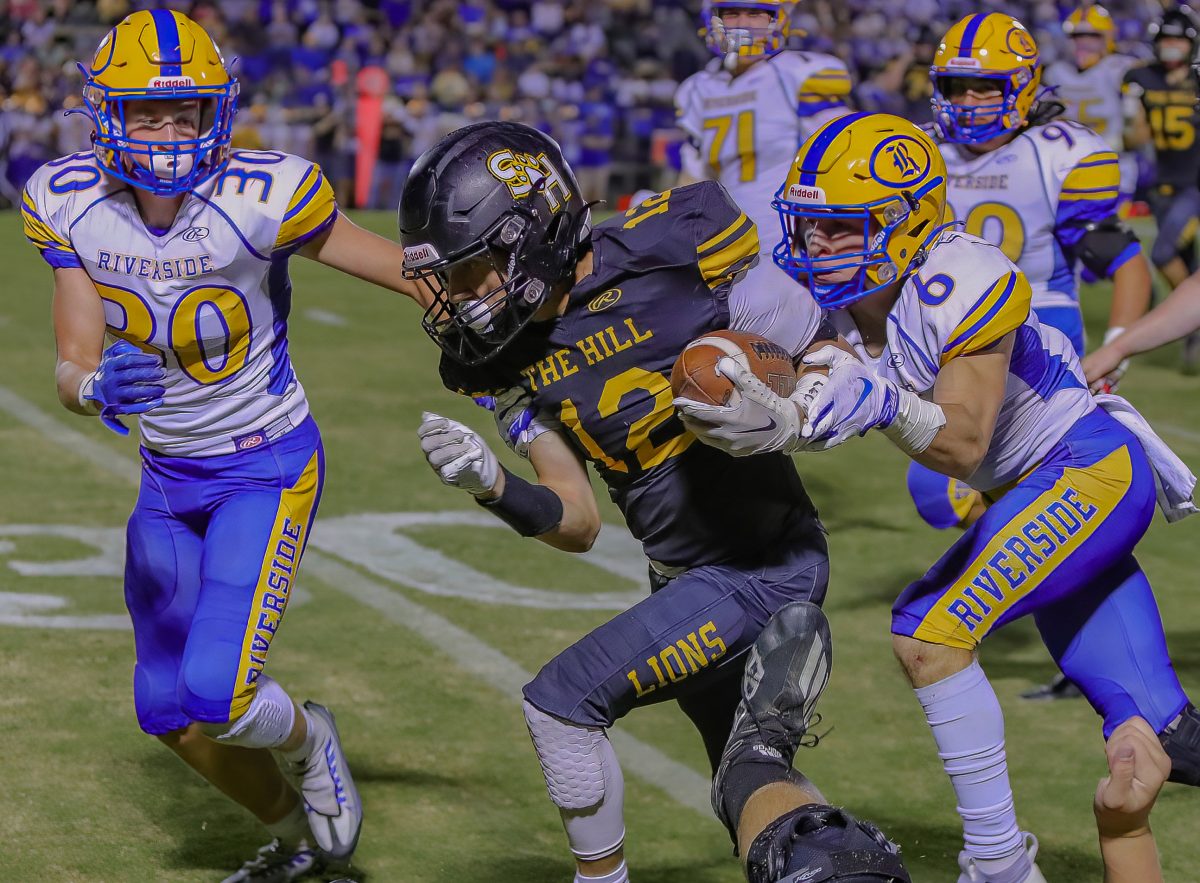 The Scotts Hill High School Lions football team had their second consecutive home game of the season last Friday evening, September 16, as the Lions welcomed their rival, the Riverside Panthers, to The Hill. Scotts Hill was coming off a win against Gleason the week prior and looked to keep the momentum going with a win against Riverside. The Lions weren’t able to match the performance from the week before and the Panthers took care of business on the night. Scotts Hill was upset by a final score of 36-7.

Scotts Hill accumulated 156 total yards on the night, after running a total of 56 plays. The Lions racked up 111 rushing yards and recorded 45 yards through the air. Scotts Hill was able to secure 13 first downs against the Panthers in the game.

The Lions had two turnovers in the contest. One came via fumble and the second turnover was an interception thrown. Scotts Hill committed 11 penalties for 149 penalty yards in the loss to Riverside.

The Lions were led in rushing on the night by Konnor Goff. He had five attempts for 43 yards. Kyle Carter rushed the ball 18 times and collected 31 yards. He scored the one touchdown for Scotts Hill and also committed a fumble. Maddox Derryberry had 3 carries for 15 yards in the game. Jayden Johnson would run the ball four times for 13 yards and Avion Jackson finished with ten yards on six carries. Noah Clayton had two attempts for -1 yard.

Carter would finish the night 7 of 10 through the air for 45 yards. He also threw an interception against the Panthers, as well. The leading receiver for Scotts Hill was…